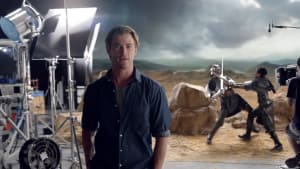 News Corp has announced its 2014/2015 financial year results with revenues dipping from $2.19 billion in the prior year to $2.14 billion.

The business also reported total segment earnings before interest, taxes, depreciation and amortization (EBITDA) of $191 million compared to $127 million in the prior year.

Chief executive Robert Thomson said the results are thanks to a solid performance across a number of the publisher's businesses, including realtor.com and that News had a strong fourth quarter finish to a good fiscal year.

“With disciplined internal investments, strategic acquisitions and ongoing product innovation, we have aggressively shifted the company to be more global and more digital.”

Thomson said the business has emerged as an “international leader in digital real estate”, as well as opening up new territories at HarperCollins, expanding digital subscriber penetration at its mastheads, and successfully integrating its programmatic exchange and, creating new digital and mobile advertising opportunities across News Corp.

“We have begun to execute on a capital return program that signifies our confidence in the prospects of the company and the efficacy of its long-term strategy. The year ahead will be an opportunity to build on the sound and profitable platform we have collectively created."

As part of the results News Corp also outlined that while Foxtel revenues decreased $239 million, or 8%, to $2,658 million, and Foxtel's EBITDA decreased $143 million, or 16%, to $760 million as compared to the prior year, the business has grown it's subscribers by 9%.

Total closing subscribers were more than 2.8 million as of June 30, 2015, New's Corp outlined that this is due to higher subscriber sales and lower churn, driven by the new pricing and packaging strategy that was implemented in November 2014.

“These results demonstrate that was the right call.”

“Subscriber numbers grew by 9% or nearly 230,000, driven mainly by take up of our traditional cable and satellite products. Significant growth continued all the way through the financial year.

“At the same time churn declined by 1.6 percentage points to 10.9%, the lowest recorded since at least 2000. This is a reflection on the quality of programming available to Foxtel customers across all genres, combined with the additional value given to existing customers during the period and the range of price points now available. On average customers now remain with Foxtel for nine years, an extraordinary period for a discretionary entertainment product,” Freudenstein said.

The announcement from Foxtel comes as Fairfax Media chief executive officer Greg Hywood told investors that its streaming venture with Nine Entertainment Co. Stan, is on track to grow to 300,000 - 400,000 users by December 2015.

Other major streaming and entertainment player in the market Netflix is also said to be making waves in the streaming market with research from Roy Morgan citing that Netflix reached 1.89 million of people aged 14+ in July, with 737,000 household subscribers.