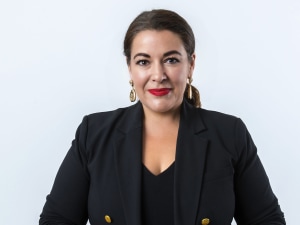 Publicis Media has announced the appointment of Imogen Hewitt to the role of CEO of Spark Foundry.

Hewitt will join the agency in December, with Publicis Media ANZ Chairman, John Preston, continuing to lead the agency in a caretaker role, working closely with the leadership team during the transition period.

Last month, it was revealed that former Spark Foundry CEO Sue Squillace would depart the business to take on the role of CEO at Dentsu Aegis Network-owned agency Carat.

Hewitt most recently served as Group MD at Havas Media Group. She has held various roles at Havas, including simultaneously working as the Chief Strategy Officer of Havas Media and Joint Strategy Director at Havas Creative Group.

The news follows Publicis Media's appointment of Toby Barbour as CEO of its Australian and New Zealand operations, following the departure of Matt James earlier this year.

Her appointment also comes at a time of change for the agency, following the global strategic alignment of sister agency, Blue449, in March.

“In Imogen, we’ve found a strategically-minded leader who has worked at the nexus of media, creative, digital and data. She brings to the role an understanding of the need to be instinctively collaborative, and adaptive, while creating a culture of high performance and inclusivity – essential attributes we look for in our leaders at Publicis," Barbour says.

"In Australia, this has meant bringing together two successful businesses to deliver our people and clients greater scale, while staying true to Spark’s unique approach, combining the nimble spirit of a start-up with the soul and clout of a global powerhouse.”

“I'm very excited to work alongside such talented people, leadership teams and client partners at an agency that thrives on diverse thinking, embraces collaboration and prioritises growth for both our clients and our people," Hewitt says.

“The opportunity to play a role in further strengthening the Spark business and brand is enormous. To do that with the backing of Publicis Media and the broader Publicis Groupe is a once in a life-time career gift.”

The promotion of Barbour and the appointment of Hewitt only leaves the CEO of Starcom role vacant within the Publicis Media group.