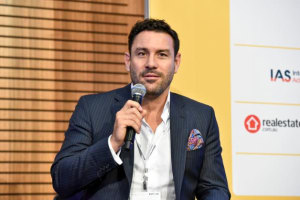 Head of digital innovation and operations at Southern Cross Austereo (SCA) Steve Brown has left the network, AdNews can reveal.

Brown, who has been at the radio network since 2015, has nearly 20 years of experience and has spoken at many industry events on hot topics such as programmatic radio. He's also on a programmatic radio panel next week, speaking a Sydney's Ad Tech Meetup.

A spokesperson from SCA told AdNews the company won't replace the role.

“SCA has been transitioning digital sales into the metro radio sales teams with product development support from the brand asset and digital operations teams," the spokesperson says.

"Effectively all direct sold digital inventory is now packaged and sold within radio products by radio teams. Unfortunately, this has impacted on Steve Brown who has now left the company on completion of this transition.”

Prior to SCA Brown was group sales director at News Corp and has also worked at Nova Entertainment, Clear Channel Radio in New York and Australian Radio Network.

“It’s been a pleasure assisting SCA on their digital journey. From running A2X, Australia’s first digital audio exchange with Triton Digital, to operating Vevo sales here for 18 months, I have enjoyed working with some extremely talented people. Now with digital aligned to radio at SCA, I have moved to enjoy the next stage of my career," Brown adds.