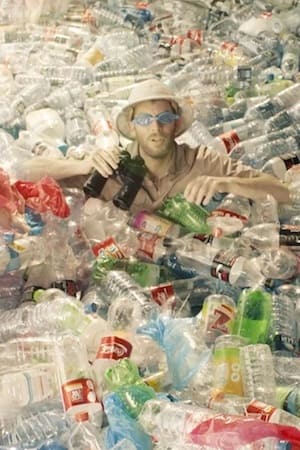 Eco-conscious carbonated drinks maker SodaStream has kicked off a global campaign called 'The Secret Continent' to draw attention to the giant island of plastic waste floating in the ocean known as the Great Pacific Garbage Patch, or Pacific trash vortex.

The campaign consists of a website and online petition urging people to join the "bottle-free movement", also known as the 'use SodaStream for your carbonated beverages movement'.

SodaStream Australia managing director Myles Anceschi said: "We are on a mission to elevate awareness for reducing the amount of plastic waste. The Secret Continent has been devised as a disruptive and effective way to urge people to think about plastic bottle waste and the impact it has on our world."

The digital campaign was created in partnership with Earth Day Network, whose president, Kathleen Rogers, said: "We applaud the bold steps SodaStream is taking to bring the Pacific Garbage Patch to the forefront and proactively fighting to reduce the amount of plastic that gathers in landfills each year.

"We all know that plastic debris doesn’t biodegrade, but we don’t think enough about where it actually ends up, and the danger all this plastic imposes on birds, animals, plants, micro-organisms and seawater. The Secret Continent Campaign isn’t just a publicity stunt. It’s a serious effort to advocate for the health of our oceans and the survival of our planet. We are thrilled to join SodaStream on this mission."

SodaStream ambassador Scarlett Johansson has signed the petition, saying: "I am honoured to be a part of a project that is powered by such noble intentions and goals. The Secret Continent inspires people to change the way they live. Products like SodaStream aid in the reduction of our carbon footprint, a feat that is vital to preserving the planet for our children."