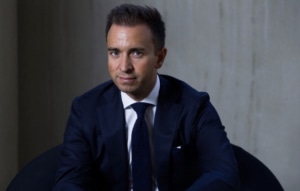 Simon Ryan is set to step down from his role as Carsales' managing director commerial after a year in the role.

His exit follows structural changes to the business, which sees Ajay Bhatia take on the newly created role of managing director Australia, responsible for consumer, dealer, media and OEM.

"I wanted to thank Cameron for the great opportunity, I enjoyed the challenge and my time in the business and I wish Cameron and the business all the very best for the future," Ryan says.

Carsales CEO Cameron McIntyre thanked Ryan for his contribution, with Ryan set to step down from the role this month.

It remains unclear what Ryan's next move will be, however he previously told AdNews he "didn't miss they agency world". As it currently stands there are currently no major media roles in the Australian market, with the vacant top job at IPG Mediabrands filled last week by PHD's Mark Coad.

Ryan's exit from Carsales comes less than a week after news that his successor at Dentsu, Henry Tajer, would also be leaving the agency holding group amid poor performance of the holding group.

Ryan was appointed CEO of Dentsu Aegis Network in February 2016 replacing Luke Littlefield. Prior to that, he was the CEO of Carat for seven years and also held roles at MediaCom and UM.