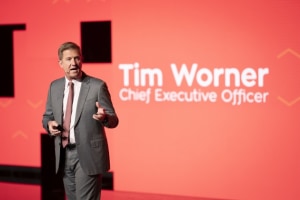 The Seven network has secured its 12th consecutive total audience win, stating that "more people watch the screens of Seven" than any other Australian network in 2018.

Of the 40 weeks that make up an annual ratings year, Seven won the most amount of weeks, taking 35, while Nine finished the year with the remaining five.

The official ratings season wrapped up on 2 December, with both Nine and Seven claiming victory across multiple demographics.

Seven secured multiple network wins in 2018, while Nine's main channel won in the key demographics when excluding the ratings generated from Seven's coverage of the Commonwealth Games.

While the Seven network dominated overall share, with a 30.4% share of total people and a 30.5% share of the 25-54 demographic, Nine's main channel took out wins in both the 25-54 and 16-39-year-old markets when the Commonwealth Games.

Nine also touted a network and primary channel win in the 'Total Grocery Shopper' category, taking as 21.9% and 30.6% share, respectively.

Both networks were focused on their respective strengths, with Seven targeting total people and Nine making a play for the key demographics, however, Seven chief revenue officer Kurt Burnette said "whichever way you slice it" Seven had the larger audience.

“We said we would deliver and we did. Not only did we engage with more Australians of every age group, we are the only commercial network to grow share year on year in every key demographic," Burnette said.

“With a record-breaking summer in front of us, and with 7plus recently becoming the Number One Commercial Free to Air BVOD platform in OzTAM VPM, the Seven Network is all set for 2019.”

Nine was keen to point out its "sustained success" when it came to its "advertiser-preferred" demographics, attributing the demo wins to its consistent and family-friendly programming.

Michael Healy, the network's director of TV, said the network followed on from its successful 2017 content strategy as it took a greater focus on consistency in 2018.

"Our schedule this year offered audiences and advertisers greater consistency than any other network. We are proud to have delivered a strong programming slate that entertained and informed, particularly with the demographics we target," Healy said.

"Increasingly, our viewers are choosing to watch our content on a device and a time of their choosing, a trend that we embrace and look forward to growing.”

Both Seven and Nine networks duked it out for the highest viewed programme of 2018, as sport dominated the top five most-watched programs.

In the entertainment category for total people, Nine secured the top spot with The Block finale drawing in 2.09m across the five city metro, beating Seven's coverage of the Royal Wedding, which came in second with 1.99m.

Over on Ten, the network touted a strong performance in 2018 when reaching the under 50s demographics, while also highlighting strong primetime growth across its tentpole programming.

The Bachelor, which this year featured former Wallaby Nick "The Honey Badger" Cummins, recorded 13% growth when compared to the previous season, while Survivor had 10% growth.

“We head into 2019 with fantastic momentum. We are the under 50s network and our audiences are growing - fact," Ten CEO Paul Anderson said.

“It’s clear people are choosing how and when they watch the content they love. We’ll soon be giving our core under 50s audience another viewing option with the launch of 10 All Access, our subscription video on demand service."

As broadcast video on demand (BVOD) services ramped up their content and subscriber acquisition strategies in 2018, all three of the major networks highlighted growth.

Nine staked its claim to the top BVOD position, with an average monthly audience of 2.38m, however, it is unclear as to whether this is visits to the site or started streams.

Nine programmes including Married at First Sight secured an average Video Player Measurement (VPM) of 250,000 viewers per episode, while Love Island Australia had an average VPM of 245,000.

SBS came in fourth underneath Nine's BVOD programmes, with The Handmaid's Tale generating 222,406,538 viewed minutes on its platform SBS On Demand.