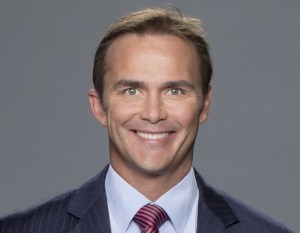 Seven may have been the most disrupted TV network due to the pandemic, but chief revenue officer Kurt Burnette says it’s still on track with its 2020 turnaround strategy which involves bringing in a younger audience and refreshing its content slate.

The network entered the pandemic already on shaky ground. Its newly-appointed CEO James Warburton was dealing with flailing ratings, with aging tent-pole shows such as My Kitchen Rules, and troubling financials, with net debt last reported at around $541.5 million compared to a market capitalisation of $223 million.

Enter the pandemic and Seven lost the Tokyo Olympics Games, along with $90 million in advertising revenue it had already booked, and AFL and production were interrupted due to social distancing, with Seven still racing to finish Holey Moley and Celebrity SAS: Australia.

Still, Burnette tells AdNews despite the “horrific year” for advertising, Seven is achieving what it wants with its 2020 strategy, albeit at a later date due to COVID-19.

The network’s revival of Big Brother, the first show part of its growth strategy, attracted a national audience of 1.3 million for its launch. The reality show gave Seven an average year-on-year timeslot growth of 65% for 25-54s and 86% for 16-39s.

With 26.5% of the audience share for the first half of the year, Seven has new shows such as Farmer Wants a Wife, Holey Moley and Between Two Worlds still to launch which it expects to pull in strong audiences.

“I'd say we were probably the most disrupted of any of the broadcasters with no AFL and a number of our shows missing,” Burnette tells AdNews.

“But the strategy was still in place and we were able to execute really starting with Big Brother launching and the AFL coming back in early June and the numbers have been super strong … So it's really about just staying true to the strategy and delivering what we were able to with what we had at the time, but now we're able to roll it out.

“What is important is next year when we come back, because TV is bought on historical ratings, we’ll have the AFL back, we'll have the full schedule back and we’re going to have one of the most disruptive schedules that's ever been delivered by

"Seven and it's going to create enormous disruption and incredible growth year-on-year. And that's coming off a pretty ordinary start to the half.”

Burnette says government spending has been a big driver in advertising during the lows of the pandemic, along with other categories such as electronics, telcos, banks and insurance.

He is seeing signs of improvement in a market where ad revenue fell by some 30% last quarter. Burnette expects the current quarter to be back 10%-15% and the next to be back in the low single digits and possibly in growth.

Another highlight for Seven has been the return of a modified AFL season, which recently announced more changes to its fixture that crams 33 games into 20 days. But Burnette isn’t worried about advertising feeling crowded, saying Seven will use its multichannels to spread out the content.

“I can't recall that I've ever seen an AFL schedule on free-to-air television go Wednesday, Thursday, Friday, Saturday, Sunday. But having said that, the way that we've mixed that up is by using our multi channels,” he says.

“So we’ll have Farmer Wants a Wife, Between Two Worlds, America's Got Talent, and our Olympic specials launch and we’re able to work with the channels between 7 and 7Mate so that we can actually give the AFL to the AFL fans and still continue to deliver our shows. We've become very adept to be able to mix and cater to the audience using our multichannels.

“In that respect, the audience will be huge and that means the advertisers will want to be next to that audience so that's good for them. And we've certainly seen that because it has been very short-term but what we've seen is this incredible uptake by those who are able to be a part of it.

“And it is a pretty short market too. There’s people that are booking long-term, but it is also quite a few brands that are just deciding to top up and add to the marketplace. So when you have a dynamic schedule, like the AFL has provided us more recently, it actually works very much in our favour certainly in this current environment because we're able to pick up some new money.”

Outside of its content, Seven introduced new initiatives, such as EAVE (Enhanced Advertiser and Viewer Experience) in May for reduced ad breaks which it ran with Big Brother, delivering 64% less ad clutter and 15% more audience increase per minute-by-minute.

“That’s worked. We’re getting terrific uptake from that and these are the things that are going to help set us and television up for the future because as well as great content it's about the experience for the advertiser and the viewer and that's something that we're really focused on,” he says.

Burnette is also excited about the potential of connected TV, with 4.9 million Australians using connected TV on a daily basis last year, according to Nielsen. As much as 65-70% of livestreamed and BVOD viewing is done on connected TVs for Seven, and Burnette would like to see marketers give it more attention.

“That allows greater addressability with advertisers and it's a massive trend and one that's going to continue,” Burnette says.

“It's still one of the most underutilised marketing opportunities in the country, I believe, and it’s something that we're going to see a whole lot more on. I think some people still feel that if you're talking about VOD or BVOD that the vast majority is occurring on a mobile device. There's still a great deal of that but it's actually the connected television, the big TV in the house, where this content is being consumed.”