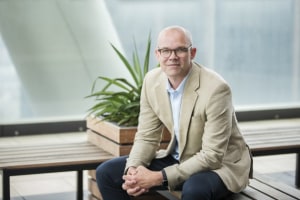 The Trade Desk has appointed James Bayes as general manager of Australia and New Zealand (ANZ).

Based in the Sydney office, Bayes will lead the company in ANZ, with a particular focus on deepening partnerships with broadcasters and growing revenue in connected television.

"Having worked side-by-side for a number of years, I am delighted to join The Trade Desk at this transformational time for the industry in Australia and New Zealand," Bayes says.

“It is exciting to be joining a company at the forefront of data-driven advertising, which has a vision, roadmap and commitment to improve the advertising ecosystem and create lasting advantage for our partners."

He joins The Trade Desk from Seven West Media where he led all aspects of the company’s digital commercial operations.

Bayes has been at the forefront of data-driven addressable TV in Australia and brings experience in the transformation of the local broadcast industry and IP-delivered video.

Waters says Bayes is the right leader to drive The Trade Desk through its next phase of growth in the market.

“TV is being redefined in real-time and we believe James is perfectly placed to help shape a future where both broadcasters and advertisers win," Waters says.

"His background will help build deeper links with broadcasters and publishers, while triggering excitement with our customers with what we can deliver together.”

Bayes replaces Clay Gill who departed the company late last year to take on the CEO role at Cadreon Australia.

Gill had only been with the business for six months before exiting, after taking the reins from Waters, who relocated to Singapore to take on his current regional role.