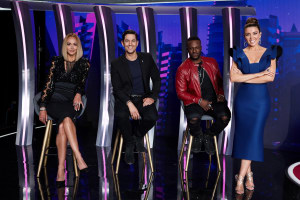 Nine's The Block has taken out the top spot in all key demographics for the second night in a row, drawing in an audience of 1.13 million viewers.

The reality home improvement program dominated the ratings overnight, following on from the success of its launch episode on Sunday night, which drew 1.16m, the show's best launch since its 2014 season.

Nine's rating success continued into the evening slot, with the network's popular comedy-drama program, Doctor Doctor returning for its third season and drawing in 726,000 viewers.

Ten's Australian Survivor aired its third episode of the season, which saw a slight drop off in viewers, sinking below 592,000.

The network's popular celebrity panel game show Have You Been Paying Attention also saw a slight dip in viewership for the first time in weeks, with an audience of 661,000.

Nine's dominance in the primetime and evening slots saw the main channel win the overnight contest, taking a resounding 23.2% share, compared to Seven, which came second with a 16.8%.

Ten recovered from its poor Sunday night stats, getting back into a double digit share, with 13.2%.