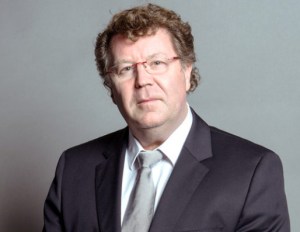 Southern Cross Austereo (SCA) CEO Grant Blackley has high expectations for growth in its TV network in the second half on FY19, as it continues to push for further investment in regional advertising.

Last week SCA reported an $8 million loss in revenue for its regional TV network in the first half of FY19, with $4m attributed to the change in cricket broadcast rights.

Speaking to AdNews, Blackley said the first three months of the half had been solid for the network, however, the lack of a cricket-filled summer, combined with the Royal Commission into the financial sector, 'political instability' and slowed personal wealth all led to a downturn in regional advertising.

"With all of those things occurring, that's weighed on the market more broadly and television was unfortunately captured in that as well as other parts of the media sector," he said.

Commenting on regional TV spend, Blackley said it's been very clear that strong investment has been "underweight" and nearly "for a lifetime", adding the market has consistently seen advertisers and agencies not give a "fair and equitable" share to regional Australia.

SCA has since changed the language around regional Australia as Blackley says it was about getting rid of the cliché picture of the area being "a few cows, a tractor and a big piece of land".

"We've changed that conversation and we're talking about the economic viability of the regions. We're talking about Canberra, Newcastle, Gosford, Gold Coast and Hobart. All big economic centres in their own right," Blackley said.

Blackley said people are now starting to "efficiently grasp" the opportunity to invest more in the regions and are seeing "hard evidence" that regional Australia is a viable option for further TV ad spend.

In July last year SCA revealed its plans to fully integrate its metro and regional business units in order to "optimise performance and future growth". Under the new operating model, both regional and metropolitan arms align under a national structure, which SCA says supports improvements to its internal processes, communications and corporate decision-making.