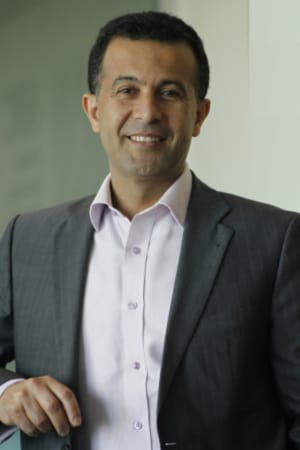 SBS CEO and MD Michael Ebeid was one of nearly 700 recipients on the Queen’s birthday honours being awarded Members of the Order of Australia (AM) title on Monday.

Since migrating to Australia as a young child, Cairo-born Ebeid spent 10 years at IBM before moving to Optus, and then to the ABC where he was head of corporate strategy and marketing.

After helping roll out the ABC’s catch-up platform, iview, Ebeid was appointed to run SBS in 2011.

During his time at SBS, Ebeid introduced limited advertising as well as forging partnerships with overseas broadcasters including Vice, and launching shows such as Struggle Street, First Contact and Go Back To Where You Came From.

Also from SBS, broadcaster from the radio Mandarin program, May Hu, received a medal in the general division (OAM) for her “service to the broadcast media, to women and to the multicultural community of Victoria”.

Endemol Shine Australia CEO Mark Fennessy was also awarded an AM title for his “significant service to the broadcast media industry as an entrepreneur, innovator and production executive”.

Prior to setting up Shine Australia in January 2010, Fennessy formed and led production company Crackerjack, which was responsible for brands such as Comedy Inc, along with projects including Jamie’s Kitchen Australia, Backberner and Australia’s Brainiest.

In 2006 Crackerjack merged with Grundy Television to form FremantleMedia Australia with Fennessy appointed to the role of CEO. He oversaw productions such as MasterChef, Neighbours, Australian Idol, So You Think You Can Dance, The Biggest Loser, Project Runway, The Farmer Wants a Wife and Australia’s Got Talent.