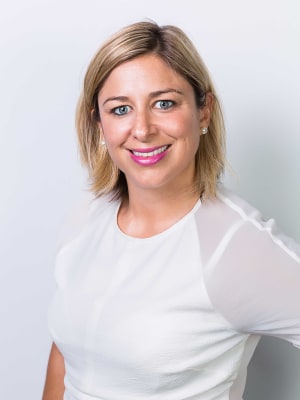 James is currently the managing director of DAN's bespoke media unit, Woolworths@DAN, which operates as a dedicated client services team for the supermarket giant.

"Initiative is a major challenger in the market and Sarah brings with her impeccable client and digital leadership skills capable of driving our business forward. She is at the top of her game and we’re excited to have her lead our Melbourne operations with its diverse client roster.”

James has overseen one of the biggest commercial accounts in Australia as managing director of Woolworths@DAN and led a team across both Melbourne and Sydney.

Prior to her leadership role within the Woolworths bespoke team, James was chief digital officer for DAN media agency Carat and a member of the agency’s senior leadership team. She has also had career experience in New York.

“Sarah will be closely supported by Heath Wooster’s leadership on Bunnings in Melbourne,” Fein added.

“I’m really enthused to be bringing my industry and leadership experience to Initiative, which has an outstanding roster of national brands. It is an exciting move to be joining a business with a culture of client focus,” James said.

She will take over for former managing director Shaun Briggs, who departed the agency earlier this month to join current Initiative client Specsavers as head of marketing planning.

The exit of James follows a slew of recent leadership shuffles for DAN over recent months, with the appointment of media veteran Henry Tajer to the role of ANZ CEO, while former Dentsu X national MD Angela Tangas took on a wider role within the network, replaced by Sam Hegg.