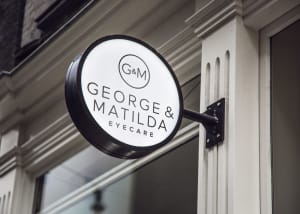 Saatchi & Saatchi has filled the space in its roster from OPSM's move to Marcel last year, winning the creative duties for a new eye care brand.

It has been appointed as the creative agency of George & Matilda Eyecare, which was launched into the market on Friday.

The appointment fills a gap in Saatchi & Saatchi's creative roster, by Luxottica, known as OPSM in the Australian market, which left Saatchi to work with Marcel Sydney. The move was part of a global alignment of the brand with the Publicis Groupe of agencies at the end of last year.

Luxottica had originally been working with Mojo Sydney, which was rolled into Marcel in March this year.

Saatchi & Saatchi's recent work for the Luxottica brand had seen it receive international acclaim, including a Cannes Lion for creative effectiveness for its Penny the Pirate work last year.

George & Matilda Eyecare is headed up by CEO Chris Beer, who ran OPSM during Saatchi's tenure.

Saatchi & Saatchi CEO Michael Rebelo says: “It’s not often that you get the chance to design and help build a brand from a blank sheet of paper. This has been a unique opportunity for our team to leverage our experience in this industry and apply it to a disruptive startup business.”