Results are in: Omnicom, IPG, Enero, HT&E and Carsales 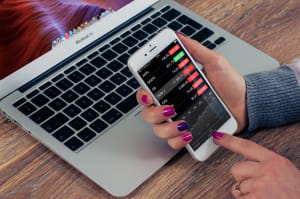 The company said that, entering the new year, it continues to see opportunities for solid revenue increases, and is targeting 2019 organic growth of 2.0%-3.0%.

"Our results again demonstrate the strength of our client-centric integrated offerings, and the quality of our people. We're proud that our culture continues to attract diverse talent with a breadth of digital expertise, which has helped us to deliver leading organic growth and margin improvement in recent years," IPG CEO Michael Roth said.

"As we turn to our outlook for 2019, we do so with a strong portfolio of agencies, across the full range of capabilities and marketing disciplines, competing successfully in the marketplace. This allows us to achieve revenue growth and convert it to operating profit at rates that have been leading the industry."

Locally, IPG's Mediabrand division revealed that current Australian CEO Danny Bass would be exiting the business, transitioning out of the role later in the year.

Asia Pacific was one of the strongest markets for the business in 2018, with the region seeing organic growth of 7.9%. The business did no specify as to what level of growth the Australian market grew.

Enero Group, the owners of creative agency BMF, revealed strong local and international growth in its results for the last six months of calendar year 2018.

Australia accounted for a signifanct chunk of the group's net revenue results, recording a 45.5% increase for the same period last year.

The relative contribution from Australian operations increased due to the acquisition of Orchard Marketing which is predominantly Australian based. Enero stated BMF continues to trade well winning important Federal Government and NSW State Government projects.

“We have made a great start to FY2019 with strong numbers across all our key financial metrics in all markets. Most pleasing was the achievement of 15% organic revenue growth, excluding the impact of acquisitions, along with the number of new client wins in the first half," Enero Group CEO Matthew Melhuish said.

"We continue to build digital and data capabilities across our pillars and we remain ready to invest further through acquisitions in our international network, already representing over half of the Group, where larger growth opportunities exist”.

For the first half of financial year 2019, international operations accounted for 52% of total revenue and 53% of operating companies EBITDA. The group’s exposure to overseas markets continues to provide bigger and more networked client opportunities.

The company stated it had "pleasing growth" of 8% for the first half of FY19 in the domestic dealer business, driven by ongoing growth in used car lead volumes, yield improvements and continued increase in depth product penetration.

The domestic private business recorded revenue up 12% on the pcp. This was backed by growth in premium private advertising products, as well as our adjacent market businesses.

Domestic revenue growth of 2% on pcp comprising of private revenues up 12% on pcp, dealer up 8%, data, research and services up 6%, display down 16% and finance and related services down 4%.

“We continue to be the clear market leader in auto classifieds in Australia, with the largest and most engaged consumer audience. The release of our ‘Price Indicator’ product is illustrative of our continued focus and commitment to help make the buying and selling process easier and seamless for our consumers," Carsales CEO Cameron McIntyre said.

“Dealer lead to sale closing ratios continue to improve, which is testament to our sustained investment in reducing friction in the buy/sell process. Some key investments we have made in this area include our Autogate inventory and lead management applications, SMS lead delivery technology, enhanced appraisal and inspection products and simplifying our promote products through automation."

Eyes will be on Carsales this year, as the business looks to generate further commercial revenue out of newly appointed commercial managing director and former Dentsu Aegis Network ANZ CEO Simon Ryan.

HT&E, the owner of the Australian Radio Network (ARN), results for the full year ending 31 December 2018 stats showed statutory revenue from continuing operations post Adshel sale was up 5% to AUD $271.8 million, and EBITDA on the same basis was up 2% to $72.7 million, largely in line with expectations.

Underlying EBITDA of $71.8 million was up 7% on the prior period and NPAT attributable to HT&E shareholders was up 23% to $36.7 million.

Net cash of $128.4 million provides HT&E with a strong balance sheet post the successful sale of Adshel to Ooh!media for $570 million in September 2018.

ARN performed in line with the overall radio market with revenue growth of 3% to $235.5 million, which HT&E said was a good result in a mixed year for the industry.

In the first half the market was up 5.9% and then softened considerably in the last four months of 2018, with growth of approximately 1.3% in the second half.

“2018 was a truly transformational year for HT&E with the successful sale of Adshel and a pivot to focusing on the company’s valuable and cash generative radio and audio assets," HT&E chairman Hamish McLennan said.

"The company’s financial performance was in line with expectations with a strong first half in radio offset by a weaker advertising market in the last four months of the year.”

HT&E CEO Ciaran Davis added: “ARN implemented a strategy focused on ratings growth and commercial success in 2018 and ended the year experiencing growth across a number of FM stations, culminating in the highest average ratings in the history of the company.”

“We saw some growth at the EBITDA line in ARN to $84.6 million and importantly saw a strong EBITDA margin maintained at 36%, highlighting the strength of the business even despite a softer market at the end of 2018."