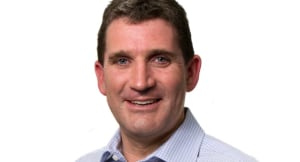 Here, There & Everywhere (HT&E) CEO Ciaran Davis has revealed the reasons behind the decision to scrap the CEO role from its biggest company, the Australian Radio Network (ARN), and how it's "only the first step" the in "simplification" of the two businesses.

Following yesterday's news the network's current CEO and former Adshel executive, Rob Atkinson would be made redundant, Davis said he would be taking over the day-to-day leadership of the business.

Speaking to AdNews, Davis said the decision came as a result of the sale of numerous HT&E businesses, most notably the recent sale of out-of-home furniture company Adshel for $570 million.

The move made ARN the largest business within the HT&E structure.

"At an HT&E level we've spent the last three or four years restructuring the business and getting out of industry sectors that we didn't think we're going to have a long-term advantage to our shareholder," Davis said.

"We are predominately a radio business today and how HT&E was previously set up was as a multi-divisional business. As we no longer have those, we've simplified the structure between the two businesses from a cost and efficiencies point of view and Rob understood that decision."

Davis said in regards to the structure of the overall business there will now be a much closer alignment between HT&E and ARN.

That includes management teams, as well as costs, with HT&E taking a heavier interest in developing better operational strategies to drive "further efficiencies".

"There are no definitive plans to remove further management roles as of yet. We are currently looking at what the best structure is for the two businesses moving forward.

"The corporate cost base at HT&E does need to reduce but there is no plans for lowering our headcount. It may just come down to administration costs, something that we are looking into at the moment."

Davis, who has previously stated that HT&E wouldn't rule out the sale of ARN provided the price was right, said the same point could be made when it came to HT&E acquiring new businesses.

He said while there were no immediate plans or businesses the company was eyeing, it was open to the "right opportunities", provided it drove better value for shareholders.

"It doesn't rule out anything, but we have to consider our shareholders. We have cash in the bank and no debt, so we are in no rush to acquire anything else," Davis said.

"We don't expect that approach to change, however, if the right opportunity presented itself we would certainly take it into consideration.

"Right now we have an opportunity to focus on the short-term objectives of running the business, while also taking our time to see if there are opportunities to grow with radio at the core."

Over the next 12 months, Davis said he will be taking a "hands-on" role within the ARN business, with a focus on driving both revenue and ratings to become the number one radio network nationally.

ARN will also continue to drive its non-traditional radio assets such as iHeartRadio, which Davis labelled one of the "most important" businesses to grow in 2019, as well as developing e-sports business.

"Radio is a simple business. It's ultimately about ratings and revenue and obviously being able to drive the two. When it comes to ratings, the focus will be on getting back to that number one spot nationally, which ultimately drives revenue earnings," Davis said.

Davis said e-sports is a fluid market and one that all advertisers want to talk to which is why it's looking at how to better integrate e-sports from a music and broadcast perspective.

At the time of his appointment, McLennan said the opportunity to chair HT&E was appealing due to the company's varied media assets, management team and balance sheet, all of which he stated are critical to further the growth of the business.