RedBalloon founder was scared to shift 100% ad spend to digital 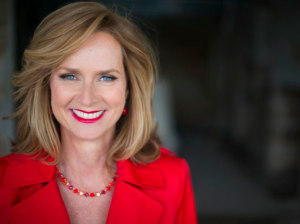 Despite having launched a digital business herself, entrepreneur and Channel Ten Shark Tank star Naomi Simson has had reservations about ploughing all her media spend into the channel alone.

Speaking to AdNews about her current marketing mix, Simson explained how her media buy is shifting further towards digital as she increasingly looks at data from the customer journey. However, she has been cautious to do this.

“I want to know who is viewing what at what level of the funnel and am looking at making sure that at every level, I'm capturing that information,” Naomi said.

“Once somebody has an interaction we then know what to do to nurture those people on a journey – so we can have them as part of our ecosystem.

“I want to know who is engaging with us on a content level, the awareness, YouTube brand engagement, I want to know consideration, I want to know when people are considering to make a gift purchase or a things to do purchase, and then ultimately, I need to drive behaviours in terms of the bottom of the funnel.”

Data to rule the media buy

Simson said her desire to learn more about the customer journey led to her recently putting out a tender for the group's media to ensure she had access to the best intelligence.

She uses her own marketing AI platform Albert as well as Salesforce's AI platform Einstein and works with independent agency, Ultimate Edge Communications.

“Our media buy is now completely dependent on what data I get and that is really challenging,” she added.

Despite her business being born in the e-commerce era, Simson said she has struggled to plough all ad spend into digital alone – but that 'may' change this year.

RedBalloon uses radio, which she says has driven success for the business, has used out of home advertising, pop-ups, some TV as well as catch-up TV, but increasingly she says it's “all about the data” when it comes to attributing ad spend.

The brand has also dabbled with influencer marketing using Tribe.

Simson said going forward it's about less ad spend gambles with no data, and is about looking at the outcomes and knowledge gathered on the people who are interested in its brand.

“If I can't learn and get knowledge, then I can't grow,” she said.

“There's this whole notion of really providing the insights and when I get media reports back and they say, "Well, you've got the equivalent of $1 million worth of value and it only cost you $10,000," that tells me nothing. I didn't learn anything from that."

She said the traditional way in which media is sold, with $10,000 buying a million in reach, doesn't work for her as she wants to know who the people are.

"This notion of 50% of my marketing works and 50% of it doesn't, I will not buy that at board level any more."

*AdNews attended Dreamforce as a guest of Salesforce