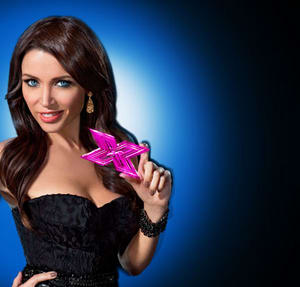 Dannii Minogue is one of the judges on this year's X Factor.

A lucky few will be able to see the new season of The X Factor before anyone else does, with Seven West Media partnering with Facebook to show the first episode to a targeted set of Facebook users for a limited time, three days before it goes to air on TV.

The X Factor’s new season commences this Sunday on Seven, however some Facebook users have the chance to see episode one this Thursday.

The episode will be published direct to Facebook and will be optimised for mobile devices with 87% of the 11 million Australians who visit Facebook each day doing so on their mobiles.

And of course you can't have a “first” without ads, with GlaxoSmithKline securing a marketing partnership with its Panadol brand and Seven for this venture.

Clive Dickens, chief digital officer for Seven West Media, said: “Big, live event TV and social go hand in hand and we are thrilled to work with our friends at GSK, Fremantle Media and Facebook on this true Australian media first. Television is rapidly evolving and at Seven we are accelerating our innovation to exceed the expectations of our audiences and partners.”

Jason Juma-Ross, Facebook's Australian head of technology, communications and content added that this partnership will allow people in Australia to watch the content they care most about, when they want to see it.

“9.6 million people come to Facebook on a mobile phone every day and we're delighted to be working with Seven and Fremantle Media to offer this first look opportunity to people who love the show.”

This announcement fits in with Seven's overall strategy to deliver its content to audiences anywhere, anytime on any device, the network explained. The announcement follows on from Seven revealing it will commence live-streaming of its three broadcast television channels – Seven, 7TWO and 7mate - across all delivery platforms and in all Seven-owned capital cities and regions from 1 December.

Last year The X Factor launched to an audience of 1.226 million, and it is unclear if this play will damage its audience or boost it.

Kurt Burnette, chief revenue officer for Seven West Media, said TV influences social conversation every week and this first on Facebook initiative will combine the scale of Seven’s audience and brand with the one-to-one connection that Facebook can bring.

“The two working together should help us better understand audience feedback for the benefit of advertisers and add to our overall audience sampling. Test and learn is an important part of our sales strategies,” he said.