Ray Martin to lead ABC Q&A review, but show not under threat 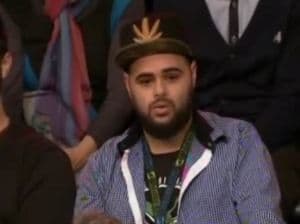 Communications Minister Malcolm Turnbull has welcomed the ABC review, to be headed by Ray Martin, but despite an investigation the ABC says the program has a “long future” on the ABC.

ABC has come under fire in the last week for poor judgement around the 22 June episode of Q&A and the decision to allow former terror suspect Zaky Mallah to appear live on the program.

The ABC Board has admitted that the decision was “wrong” and that he as an “inappropriate studio guest … given his criminal background and past public statements”.

The issues have been referred up the chain to senior editorial decision makers within the ABC and the Executive Producer of Q&A has been given a formal warning.

A statement from the ABC said: “Q&A is an important program in the ABC television schedule. It attracts a large, loyal and engaged audience. The Board considers that the program should have a long future on the ABC and decisions to make any changes to its format and operational practices should be made after careful consideration.”

It said that a “comprehensive independent review” will take place looking back into 22 episodes of Q&A this year addressing audience selection; panel selection and make-up; subject selection and social media strategy, including on-air tweets.
Former managing director of SBS Shaun Brown and TV journalist Ray Martin will lead the review.
Their report findings will be published later in the year.