R U OK? taps influencers to ramp up message 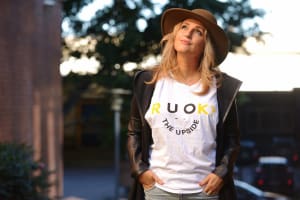 Suicide prevention organisation R U OK? has partnered with influencer agency HooZu to get its message out ahead of the charities annual awareness day next week.

HooZu was co-founded by rugby star Lote Tuqiri, with the agency aiming to help promote, track and measure online messages for the charity. The push, which is centred around the group's aim of getting more people to openly communicate to ultimately save lives, is hoping to see more than two million Australians start a conversation with their family and friends.

Tuqiri has also recruited fellow sporting stars Beau Ryan and Wendell Sailor to help get the message out.

Brands such as Hungry Jacks and Virgin Mobile are continuing to support the charity, with Bristow and Sensis joining the charity as partners this year.

R U OK? campaign director Rebecca Lewis told AdNews the charity has been using influencers for the past three years, however this is the first time the not-for-profit has formalised the process.

HooZu approached R U OK? and is undertaking this partnership on a pro bono basis, with Lewis explaining that if the charity can better utilise digital channels and influencers it can only make its campaigns stronger moving forward.

“More and more digital channels are becoming increasingly important for any marketing strategy, but especially for charities when you're somewhat limited when it comes to using traditional marketing channels,” she says.

“R U OK? is reliant on the generosity of the major radio and TV networks to play our ads pro bono – so whilst digital still costs money and takes time the barriers to entry are much lower. The more adept we are at mastering the digital space the better off and the stronger the campaign will be.”

HooZu will also be leveraging the service Kwickie, which allows influencers to shoot video and then push it out to multiple users at once. By using such services, R U OK? will also gain vital information and data about what works when it comes to its digital campaign strategies.

"Given how active Australians are on social media, it makes perfect sense to use these channels to reach out and encourage more people to start conversations that could change lives,” Tuqiri says.

“As an organisation we're beholden to people in the community getting the message out there,” Lewis added.

“As charity, people don't realise we're only staffed by five and a half people so it's critically important that we use people with reach and people with influence to show more and more Australians that asking the question is something that all of them can do.”

The eighth R U OK?Day will be held next Thursday the 8th of September.