Quantium eyes innovation, kicks off its own startup search 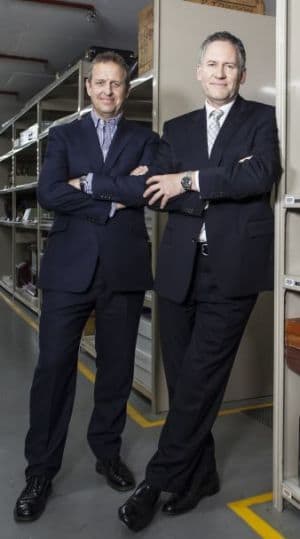 Quantium is the latest business to call for innovative ideas from entrepreneurs and startups, as part of a program to open up its business to those with forward-thinking ideas, in exchange for access to its very full contact book.

The data and analytics company has launched The Quantium Startup Event, aiming to work with entrepreneurs, individuals or startups.

Speaking with AdNews, Quantium board director Tony Davis explained that at this stage it is just calling for people to get involved – it doesn’t yet have a strict idea about where the process will go.

“We haven’t got a really prescribed expectation of what will come out of it,” Davis said.

“We’re just casting the net and saying: ‘We can get a group of folks together, the brands that we’ve got, we’ve got some really senior execs from our partners and client companies that we work with, who may be able to give some advice and guidance on great ideas.’ Quantium could potentially support, in terms of skills, or even funding. Who knows.”

Davis said that it’s important for Quantium not to limit the possibilities at the start, because putting parameters around such an event is basically the opposite of what innovation is all about.

“It’s almost contradictory to the whole idea itself,” he said. “If people wanted to come and participate in this program with a specific set of thoughts of how they’d like us to help, then so much the better. And if they had an innovative way about what form that could take, then that’s part of the conversation we could potentially have with them.

“There’s no single path or expectation that we’ve got, this is just about casting the net more widely than we have in the past.”

The event is currently calling for submissions, with the first stage of pitching kicking off on May 18. The judging panel includes senior execs from Facebook, Google, eBay, Woolworths, Unilever, News Corp, NAB, Reckitt Benckiser and Telstra.
Quantium isn’t the first to invite startups into its business but says that with a relatively low cash incentive on offer – just $5000 – it’s more about collaboration than scoring financing.

Both Mondelez and Telstra put forward $40,000 for the startups involved in their incubator projects; with Telstra it was more as seed capital and Mondelez funded a 90-day project, but, regardless, that was a lot more money on the line.

“We haven’t got a prize that we’re putting on the table, the $5000 is a token,” said Davis. “I suspect people will be much more motivated to engage and get some advice and to collaborate with us in some way, to potentially make their idea a commercial reality,” he said.