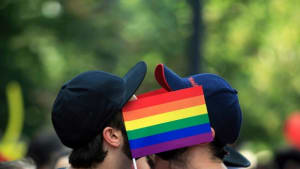 Chief executives from the corporate giants have written to the Prime Minister and called on parliament to pass laws supporting gay marriage.

The move is designed to put pressure on Malcolm Turnbull to address the political stalemate on gay marriage after the Senate rejected the government's proposed plebiscite on the issue.

However, immigration minister Peter Dutton has slammed the co-ordinated attempt by CEOs, saying they should focus on running their own businesses instead of pushing “political correct views down our throats”.

He warned CEO’s to “stick to their knitting” and said the Turnbull government “would not be bullied” into changing its stance on gay marriage.

“It is unacceptable that people have used companies and shareholders money to try to throw their weight around in these debates,” he told reporters in Cairns following his address to the Liberal National Party’s state council.

“Alan Joyce, the individual, is perfectly entitled to campaign for and spend his hard-earned money on any issue he sees fit, but don’t do it in the official capacity and with shareholders money,” he told the meeting.

Qantas quickly defended its stance on the issue, saying the company would continue to support gay marriage and “other things we believe in”, the ABC reports.

Brands are increasingly using their influence and reach to fuel change in the community and take a stance politically. This has been a common theme in the US, with companies coming out against Trump.