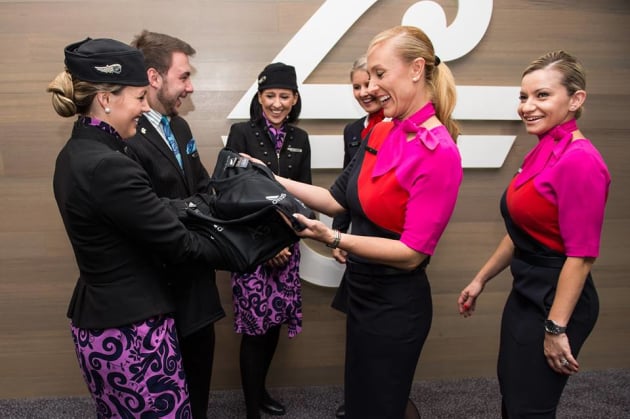 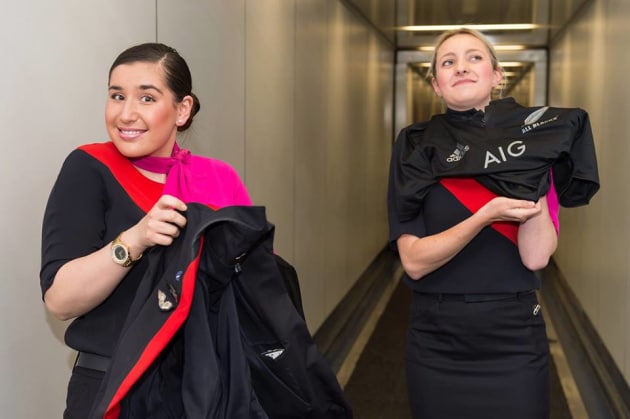 Demonstrating they are an airline that sticks to their tweets, Qantas' cabin crew and pilots were all smiles when they took to the air wearing the uniform of the New Zealand All Blacks, after the team were victorious over Australia's Wallabies in Sunday's final.

The crew wore the rival's threads  on the first Sydney to Auckland flight on Monday morning, allowing both brands to continue to capitalise on their cheeky Rugby World Cup Final Twitter banter.

The Twitter taunting began before Sunday's final, when Air New Zealand posted a photoshopped image of a Qantas plane on Friday. It wasn't long before Qantas fired back with its own bit of social sass.

The back-and-forth won both airlines social media attention, ending with both agreeing to take the their #AirWager “offline” and to pursue a more realistic proposition: the losing side would wear the jersey of the winning team.

After presenting the Qantas staff with the jerseys on Monday, Air New Zealand thanked the Aussie airline for being “good sports.”

Though they may have lost the bet, Qantas won social media, garnering 1,200 retweets for following through on the #AirWager.