Brands tried to jump on the Rugby World Cup final bandwagon yesterday, tweeting up a storm in the run up to Sunday's battle between Australia's Wallabies and New Zealand's All Blacks.

In perhaps the best use of the Rugby World Cup Final to generate online excitement about the historic bout between Australia and New Zealand, Qantas and Air New Zealand got in on the action by engaging in a playful tit-for-tat using the hashtag #AirlineWager. Both airlines got a good bit of retweet action as a result. 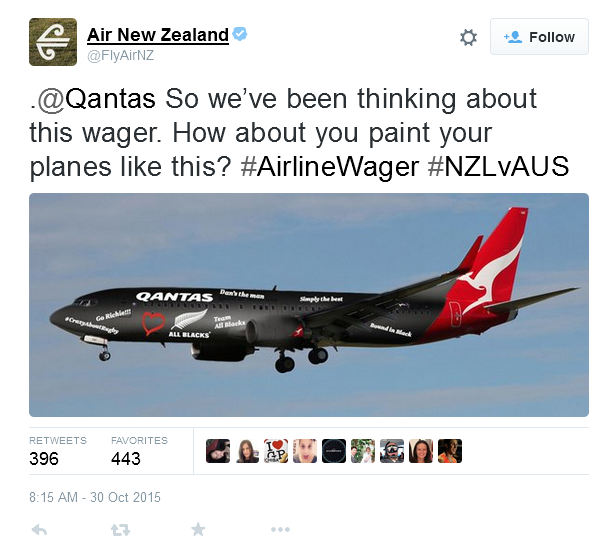 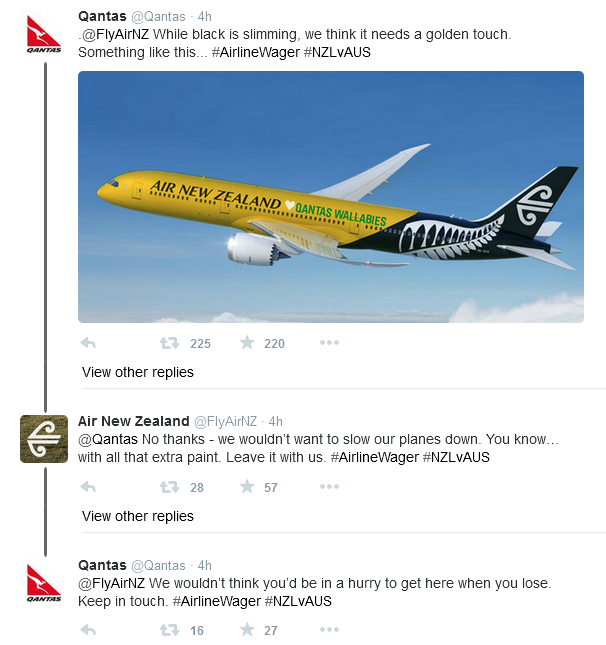 The social sass might help turn around some of the flagging fortunes of Qantas as the official naming sponsor of the Wallabies in the Rugby World Cup. In mid October Amobee said it had found that the brands most associated with the Rugby World Cup to date included Heineken, Beats, Fox Sports, Samsung, Gilbert, Land Rover, BMW, and Emirates while Qantas was found to have not been strongly associated with the tournament despite their partnership.

However, Brand Data, which assesses brand's social rankings, more recently found Qantas ranked mostly highly of all brands involved in the Rugby World Cup when it came to engaging across their social media footprint. Asics were assessed by Brand Data to be “punching above their weight” when it comes to social media engagement around the event, “with a steady stream of rugby related posts.” 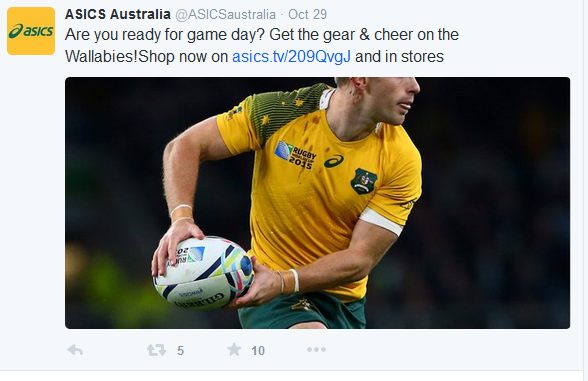 Samsung, ranked second for social media engagement by Brand Data, have been leveraging their Wallabies sponsorship by running a “Retweet to Remind” campaign where fans will be sent a notification from Twitter just before each Wallabies game if they retweet a Samsung tweet – handy given the crazy time zone challenges involved.

Friday's tweet, which had 832 retweets within several hours, included a re-share of the company's earlier ad “We rise together” ad featuring Wallabies fans and players enduring early morning rises as the team prepared to take to the field. 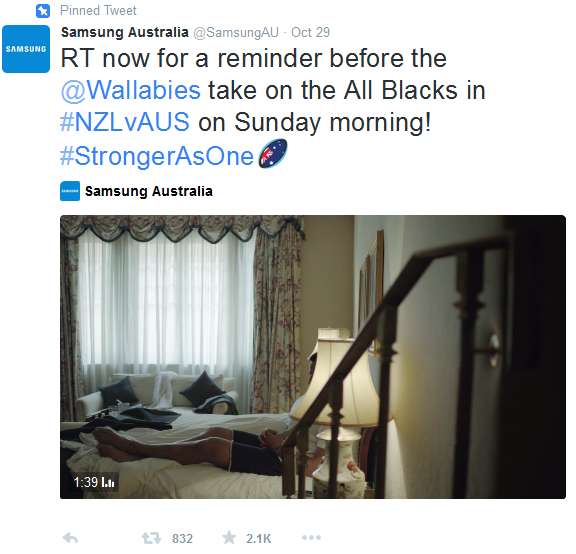 Dove Men+Care, official male grooming supply partner for the tournament, got a lot of social love on Friday when it offered fans a chance to win Rugby World Cup final tickets. Using hashtag #scrumtogether the brand asked fans to retweet to be in for a chance to win, keeping the excitement building throughout Friday ahead of an announcement of the winners yesterday afternoon. 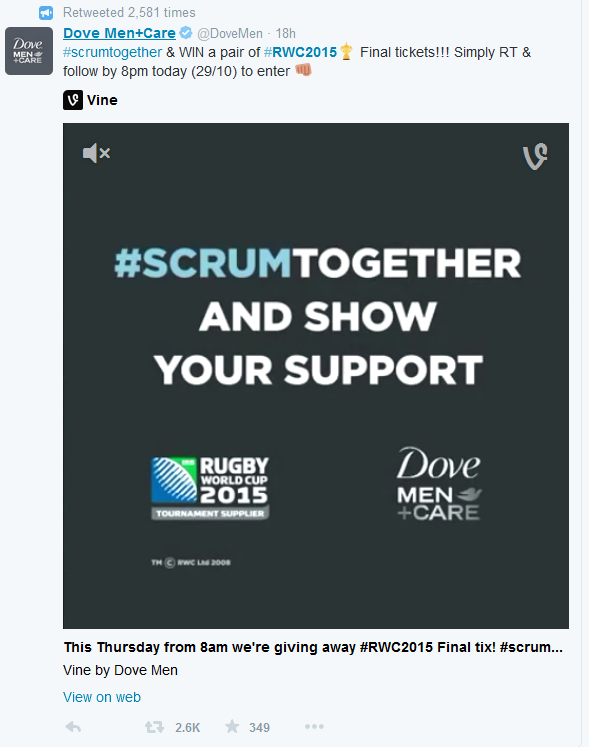 Heineken, which secured exclusive rights as sole alcohol provider to RWC venues, has been busy hyping up the final, telling Twitter followers “the excitement is brewing” as it tweets videos featuring popular ex Rugby stars answering fans questions about their predictions, while getting audiences involved via its #ItsYourCall campaign.

On Friday Heineken called on fans to “Watch the #RWCfinal2015 with a Legend on Twitter!”. Fans were encouraged to ask former All Blacks superstar Jonah Lomu anything they want as they watch the game with the much-loved rugby veteran. 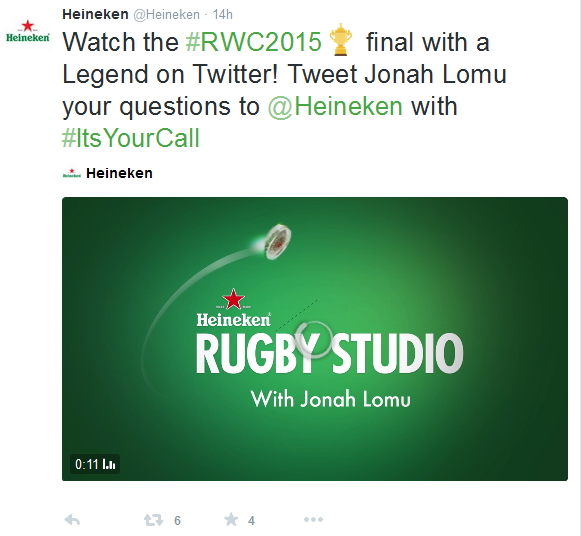 Other brands getting in on the action close to the final include Adidas, MastercardUK, and Land Rover.

Media intelligence company Meltwater found that in the week leading up to the Rugby World Cup there were a total of 467,788 conversations using the #RWC2015 hashtag of which 18.5% were positive, 10.9% negative and 70.6% neutral.

Though their ultimate fate has yet to be decided, this week New Zealand's All Blacks have scored a win on social media. Richie McCaw, the All Black's captain has inspired far more conversations than the Wallabies' captain, Stephen Moore – 7414 to 665 – figures Australian fans can only hope will not reflect the final score in the game.