Presto Entertainment could launch this week 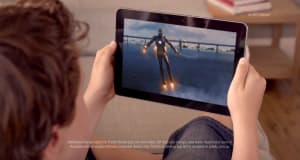 The streaming scene is heating up as players clamour to enter the market and Presto's new entertainment offering could launch as soon as this week, AdNews understands.

The subscription video on demand (SVOD) joint venture between Foxtel and Seven West is to launch imminently, a Presto spokesperson confirmed despite not offering a definitive date.

It is also understood creative agency BWM has been working on an advertising campaign and brand relaunch for the new service, with the internal creative teams at Foxtel and Seven West both having input into the process.

The entertainment bundle will contain a raft of TV content, from HBO and Showtime channel programs such as The Sopranos, through to Australian Foxtel material such as Wentworth, and children's TV.

It is not known at this stage whether the launch of the entertainment bundle will bring new content announcements with it, although it has previously said this would be the case.

Also unconfirmed are the price of content packages available. Presto has previously said customers will be able to pay for a movie service, a TV service, or both together. Currently the movie service is $9.99 per month.

It is also unclear what role Presto will have in any new bundling option being put together by Foxtel, to be launched in the first quarter this year, bundling together phone line, broadband, and Foxtel TV services.

If it were to happen, it would bring the impending SVOD launch window into sharper focus.

Netflix is rumoured to be launching its Australian service on March 31. Meanwhile, the Fairfax-Nine joint venture Stan is heavily tipped to be launching on or before 8 February, to tie into the premiere of tentpole program Better Call Saul.

Mike Sneesby, CEO of StreamCo, refuses to be drawn on an exact date, but its advertising has launched.

SpongeBob heads to Presto, too

Stan confirmed at $10 per month