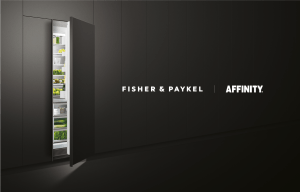 SBS
Social media and online community management specialist Quiip has been appointed to public broadcaster SBS's social media account. The SBS win comes on the back of support Quiip delivered the broadcaster during this year’s Federal Government election. The appointment will see Quiip deliver ongoing out-of-hours support for SBS’ social media channels, which reach a combined audience of three million. Quiip has also recently been appointed to the Heart Foundation account and expanded its partnership with Vic Responsible Gambling Foundation.

Fisher & Paykel
Whitegoods brand Fisher & Paykel has appointed AFFINITY as its full-service strategic media and digital agency across the entire suite of products, with a spend of about $5 million. AFFINITY won the contract after a successful pilot conducted in Fisher & Paykel’s in-home service division that delivered an immediate uplift and cost saving of 600%. The agency also showed the client it could use media as a source of business intelligence rather than a buying function. The brand's media account was previously held by independent media agency Slingshot, who won the account in 2015 from OMD.

Blundstone
BMF has been appointed the creative agency for iconic Australian boot brand Blundstone, following a competitive pitch. BMF has been tasked to create an integrated campaign that involves consumers, distributors and retailers globally, to celebrate Blundstone’s 150th anniversary in 2020. Adam Blake, Blundstone's global head of brand, design and consumer engagement, says the creative agency demonstrated both a "great understanding of the brand" and a "clear approach to global communications”.

Queensland Music Festival
Media, content and creative agency The M Agency has been appointed to the creative account for the 2019 Queensland Music Festival. The agency won the business following a competitive pitch against unnamed agencies. The incumbent agency is Ogilvy and billings are undisclosed. The M Agency was appointed to deliver creative services inclusive of ideation, creative concepting, campaign development, logo design, brand guidelines, editorial design and various collateral materials for rollout.

Limba
Business lender Limba has rebranded, appointing full-service agency Audience Group as its media agency of record. Audience Group is tasked with designing and implementing a data-led media strategy to raise the lender's profile in the market and reach Australian small and medium businesses. The lender has moved on from a previous agency and a focus on Facebook and Google AdWords, intending to explore the rest of the media ecosystem with an agency that can provide media strategy guidance in support of Limba’s business objectives.