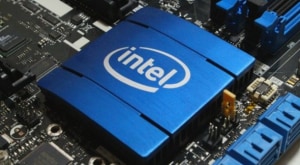 Pernod Ricard
Initiative has been handed the media account for Pernod Ricard Winemakers. The IPG Mediabrands agency takes over the account, estimated to be worth more than $7 million, following a competitive pitch. The account was previously won by Publicis’ Blue 449, now Spark Foundry, in 2017.

Intel
VMLY&R has been named as Intel’s agency of record for its global creative account. The appointment of the WPP-owned agency comes after the tech company held a six-month review of the account, which is estimated to be worth $1.4 billion. As part of the win, WPP will support the account with its portfolio of agencies.

Supercars
Innocean Australia has been named by Supercars as its creative partner. The agency will work with Supercars across the Virgin Australia Supercars Championships and the Supercars brand as it looks to increase its presence and engagement with Australian and New Zealand audiences.