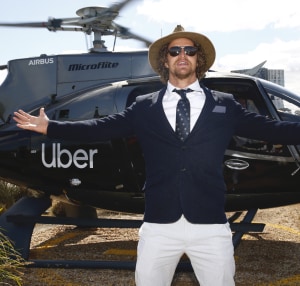 72andSunny partners with Infigen Energy
Renewable energy brand Infigen Energy has named 72andSunny Sydney as its brand partner. The agency will help with Infigen’s brand strategy. “This is a real opportunity to show how creativity can help shape a business as it drives the future of clean energy in this country,” says 72andSunny CEO Chris Kay.

Microsoft adds Storyation
Microsoft Australia has appointed Storyation to its roster of agencies following a competitive pitch. The agency will be responsible for providing end-to-end video storytelling. Senior content specialist Seamus Byrne, who has worked as a technology journalist, will work on the account for the tech giant.

Sparro wins Showpo
Digital marketing agency Sparro has won Showpo’s digital marketing account. The independent agency will work with the retailer’s in-house team, managing a range of channels including search, YouTube, display and shopping. Showpo is one of the biggest and fastest-growing online fashion retailers in Australia.

Uber taps Hello Social
Uber has appointed Hello Social as its integrated social media agency. The appointment comes after the Hello Social team created the Uber Premier launch at the Melbourne Cup Carnival, using the hashtag #ArriveInStyle. As part of the campaign, the agency organised flights for 160 celebrities to and from Flemington Racecourse on the Uber Chopper, which was broadcasted on their social media channels.

Adobe appoints We Communications
WE Communications has won Adobe’s PR brief for Australia and New Zealand following a competitive pitch in October. WE has partnered with Adobe on its social and influencer campaigns since early 2017. The new remit will cover the entirety of the Adobe business, including corporate communications, media relations, events, product PR and analyst relations. WE will begin work for Adobe in December 2019 with the PR account to be managed by WE’s Australian general manager and head of technology Nathaniel Bradford. Among WE’s portfolio of technology clients is Akamai, Amadeus, RSA, UiPath, and Gigabyte.