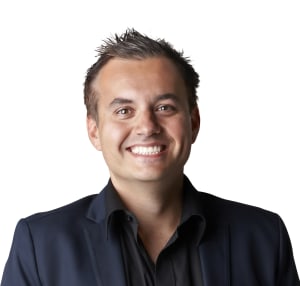 Peter Bosilkovski, the former Y&R CEO, is the next chief executive of Clemenger BBDO Sydney.

He departed the WPP AUNZ blended business in May after he and Aden Hepburn were appointed joint CEOs to integrate VML and Y&R  into one brand.

His new role was announced as part of a package of changes at OMG's Clemenger BBDO.

Gayle While will step up from her current role as deputy CEO to become CEO of Clemenger BBDO Melbourne.

She will be part of the Melbourne management team of executive chairman James McGrath, deputy CEO Simon Lamplough and Stephen de Wolf as chief creative officer.

“We are excited to have Gayle take the role in Melbourne where she has been doing such a brilliant job for the last three years," says Clemenger Group executive chairman Robert Morgan.

"And it’s also fantastic to have Peter come on board in Sydney. He’s someone we’ve wanted to have join us for some time and it’s great he’s now doing so in Sydney.

"At the same time, I’d like to thank Nick Garrett for his contribution to our agencies in both New Zealand and Australia over nearly 10 years. We wish him well in the next phase of his career. Nick will be making an announcement about his next move shortly.”

On his decision to leave, Nick Garrett said: “I have been sprinting for 22 years and it’s a moment for rest and recharge. I have made life-long friends while working across Colenso and Clemenger BBDO and I am deeply proud of the work we have made together. There is awesome work in the pipeline and superb people to drive it and the business forward. I know they will be brilliant.”

Robert Morgan said: “With James McGrath, Gayle While, Simon Lamplough, and Stephen de Wolf in Melbourne and Peter Bosilkovski, Emily Perrett, Lilian Sor and Ben Coulson in Sydney, along with the CHE Proximity team, we have the best Agency leadership in Australia.

"We are very fortunate to have the depth and breadth of expertise in our leadership teams in Melbourne and Sydney and across our agency brands. Under the outstanding leadership of Chris Howatson, they are transforming our capabilities to be at the forefront of change and to reflect the needs of our clients in this new era of advertising.”