AMAA boss defends ABC metric after being called into question 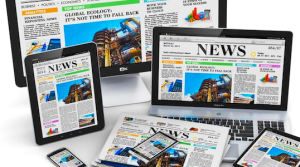 Publishers are questioning the ABC metric

Audited Media Association of Australia (AMAA) CEO Josanne Ryan has defended the group’s audited circulation measurement after it was called into question by Fairfax and News Corp.

“To pull out of a metric created by an organisation that has been working for 80 years to help provide the most relevant numbers – it’s disappointing,” Ryan tells AdNews.

Ryan is referring to Fairfax’s decision to remove its digital numbers from the latest audit, released last Friday. Fairfax boss Greg Hywood referred to the figures as an “incomplete measure”, as the report doesn’t include site licenses, which he says accounts for a portion of the company’s digital subscriber growth.

“The reality is that media buyers and advertisers aren’t interested in circulation. They plan media based on the audience that reads a paper, not the number of papers printed,” he said.

Now, AdNews understands Bauer is questioning the metric and may not submit its figures for the next audit.

Ryan says while it doesn’t account for site licenses now, she believes the audit will eventually include them.

“We will continue evolving the metric, whether Fairfax comes back in will be up to them. I don’t think one member saying we’re not reporting in this period is a huge issue, but it’s disappointing.”

Last week, the AMAA announced an update to the format of print and digital circulation reporting in a response to the demand for a less complicated metric.

The new metric, looking at total sales, takes in the existing average net paid sales across print and digital and combines them to become one overall sales figure.

“We’ve gone from six metrics to three,” Ryan says. “Digital is a 24/7 product, so it doesn’t make sense to report it day-by-day."

The term 'masthead' was also removed with the acknowledgement it's a print-related term that is not relevant in the digital economy.

Ryan admits there is more work to be done on the metric, but rejects the idea publishers will pull out completely.

“We are mindful we are in the business of reporting print, but we are doing a lot of work in digital,” she says.

“There are a lot of things we are working on at the moment to rethink how we distribute data and respond to what the market needs from publishers.

“We’re not stuck in the past. There has been a tradition of reporting in a certain way, but we are committed to evolving the model and working with publishers to move forward.”