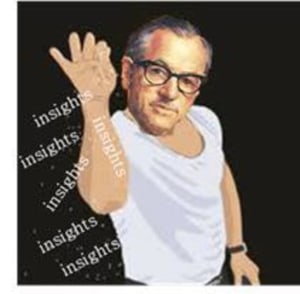 Satirical Facebook profiles for both Roy Morgan and Emma Ipsos have been created by an industry prankster.

Since being created a week ago, the parody profiles have been going head-to-head, using memes to attack each other.

The Facebook battle replicates the real stoush Roy Morgan and Emma have been locked in since NewsMediaWorks launched the Roy Morgan rival metric in 2013.

In his first Facebook post on the 21 March, the Roy Morgan profile declared “Down with Emma!” to 680 followers from REA, Val Morgan, Ikon, MediaCom and more.

The Emma account retaliated to "Roy Morgan’s" low blow, saying: “Your smack talk is as dated as your insights...time you embraced the future old man.”

The Roy Morgan profile was quick to hit back with a poem saying Emma is “trippin” and he’s the "data god" that will help you win the "pitches and the bitches".

Judging by the Facebook page, satirical Roy Morgan never misses the opportunity to down a *VB and regularly frequents the Sydney pub, Golden Sheaf.

Satirical Emma has called out Roy Morgan's apparent drinking habits, saying: "If only he spent as much time enhancing his database as he does smashing cans."

AdNews has asked the Roy Morgan profile to reveal its true identity but the account has not responded. Sources say the culprit could be attending Media Thursday's this evening.

*Roy Morgan has made AdNews aware he drinks Melbourne Bitter, not VB

Familar with the 'SaltBae-style' feature image? See here for brands catch on to #SaltBae