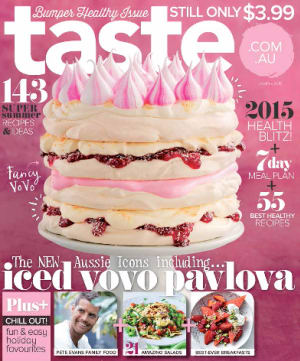 Since the December-January 2015 Emma results Taste.com.au has seen an increase of more than one million readers to 4.2m readers, with 3.7m coming from digital platforms including desktop/laptop, smartphone and tablet.

Total readership figures in the magazine sector have increased, with the exception of Bauer’s Women’s Day, which reaches 3.1m readers, and New Weekly, which saw small losses.

Newspapers followed a similar suit to magazines, with print readership seeing a slight decline but online figures continuing to boom. Small loses in print were seen by titles including Adelaide Advertiser, The Age, the Daily Telegraph and The Herald Sun.

Results show that over a four-week period, April 2015-March 2016, print newspapers reach 13.7 million people, which is equivalent to 76% of the population.

The total audience for news media holds steady at 16.7m, or 93% of Australians.

Some 5.7m read a finance section in print, according to the new figures and a major segment of this audience is managers and professionals.

“The significant reader numbers delivered by news publishers is enhanced by the high-spending, quality audiences that advertisers seek,” Hollands says.

Fairfax’s Sydney Morning Herald retains its spot as the number one most read newspaper in Australia, with a total audience of nearly six million (5,931,000), 1.5m people ahead of its nearest competitor, the Daily Telegraph with 4.437m. News Corp’s The Herald Sun come in third, which attracts 4.26m people.

News Corp says it continues to outperform its competitors, with 16m monthly readers, as the market recovers from a sluggish March.

Fairfax Media’s Commercial & Marketing services director Tom Armstrong says: “We are continuing to invest in digital innovation to drive the growth of Fairfax’s digital network, reaching 11.2m people in March, which is 3.5% higher compared to the prior month.”

*Emma data now includes the new Nielsen Digital Ratings Monthly and due to this change in methodology, digital audience comparisons to previous periods are not valid.