Pandora expands into on-demand: "If you build it they will come" 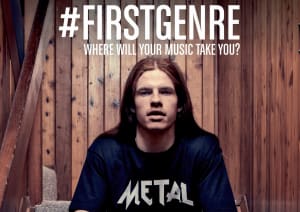 This article appeared first in the latest issue of AdNews. You should subscribe here.

Music streaming is a fast growing, but competitive space. US numbers from BuzzAngle have music services leaving YouTube for dust, with on–demand streams growing at 108% versus 23% in the first half of the year.

Apple and Spotify are dominating. Rumours have swirled this week that Apple Music, which is a year old and has 15 million users, is in talks to buy Jay Z's Tidal (three million users) and Spotify has just reached 100 million active monthly users globally — 30% of whom are paying subscribers.

Pandora is looking to expand its radio–streaming business with the addition of an on–demand service to lock in more users.

Globally, it has 80 million active monthly users, and 1.2 million in Australia. Despite the Australian streaming market already bulging, global CEO Tim Westergren isn't nervous, telling AdNews, “if you build it they will come”.

Westergren was at the Cannes Lions Festival of Creativity meeting with industry heads and CMOs on the music–streaming company's product vision, future and how the music space is evolving. Among other things, Westergren, who co–founded the company in 2000 and returned as its CEO earlier this year, sees the path ahead for Pandora as a
more “end–to–end” solution for music consumers and makers alike.

“We want [people] to go to Pandora and stay there, so that's what coming, It's fundamentally a passive product but what we've found over time is a reasonable percentage of our listeners want more interactivity,” he said.

“They hear a song they love that they want to rewind but they can't do that on Pandora so they go somewhere else. And that bothers us. We want to lock that door and keep them in, so we are going to build interactive on–demand capabilities.”

On-demand streaming functions would put Pandora in line with Spotify, but Westergren is adamant it won't be a “me too” product. It will make use of the huge volume of audience data it already has to bring a more personalised experience, rather than the “infinite catalogue” others offer. It's also looking at creating a tiered service, coming in at under $10 a month.

In addition, Pandora is looking at rounding out the experience on its platform with a ticketing service and an artist hub, to help musicians connect directly with fans. In the Australian market specifically, it will be launching its first live event in October, following on from the success of its bespoke events in the US. This comes at a shaky time in the Australian streaming market, which has been overcrowded with platforms for sometime.

But Pandora Australia commercial director, Chris Freel, said the brand has grown to become a “major player” in the local market.

“We are a less mature business [in Australia] but we're now at the point where we're being taken very seriously from an ad perspective and a user perspective,” he explained. “We're starting to have the scale and the audience and the brand presence to move into other areas [commercially].”

Westergren added that Pandora's new features tap into a consumer and advertiser need in the streaming market.

“It will be competitive. There are lots of existing [players] but I think that ultimately if we bring in something differentiated I don’t think it's going to be a problem ... in this era if people find something better they use it. If you build it they will come.”

Spotfiy has a similar mission. Also speaking at Cannes, founder Daniel Ek said Spotify will be placing more focus on its ad–supported tier and on video and interactive elements that push it beyond a passive experience into a storytelling canvas that gives context to the music. Locally there has been an increase in investment of infrastructure and personnel to develop its ad products.

“Brands globally are recognising that the Spotify ad–supported platform is key to listener engagement and personalised targeting opportunities and demand for our ad–solutions is growing significantly as a result," Andrea Ingham, Spotify AUNZ sales director told AdNews. "Advertisers are looking for a combination of audience quality, data and scale in their media investments — Spotify is delivering all those, at over twice sthe scale of our nearest competitor in this market.”

Consumer usage of music–streaming might be growing but there’s no doubt that it’s a difficult game – for the big players and small players alike.

In the 2015 PwC Entertainment and Media Outlook, music–streaming was highlighted as ripe for continuing consolidation at local and global levels. The Australian market, in particular, has been hampered for years with a large number of competitors for such a small potential audience. Just this month, Guvera placed two of its subsidiaries into administration after being blocked from attempts to list on the ASX.

The core issue is the ability to turn consumer use into profits. Spotify, the market leader
in Australia, had losses of €173.1 million globally in 2015 despite revenue increasing 80%. Its main expenses were royalties paid to record labels.

For Pandora to make the move into on-demand streaming it has to add to its current arrangement of buying radio licences from one central authority to directly negotiated agreements from record labels, something Westergren said it is actively pursuing in Australia and New Zealand.

The competition has meant that all services are doing what they can to evolve the experience for consumers and the opportunity for advertisers.

And as data becomes increasingly important in targeting the right audiences, all major streaming players are likely to be looking to turn what they know about users into ad dollars.

It would be anyone’s guess how the streaming wars will play out, but for the Australian market it seems that competition will continue to be rife for some time.