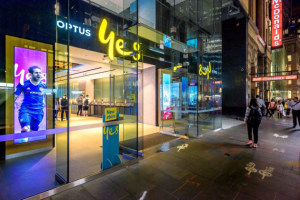 Optus has announced plans to phase out its Virgin Mobile brand in the same week that it was fined $1.5 million for misleading customers during the NBN transition.

Virgin Mobile, which has been owned or co-owned by the telco for 18 years, will be wound up of the next two years, cutting close to 200 jobs nationally.

All Virgin sales and marketing will now be consolidated under the Optus brands, as the company plans to fill as many current Optus vaccancies as it can with outgoing Virgin employess.

"Virgin Mobile customers can continue to use their service in the same way they always have. We will be contacting them in the coming days to let them know more about the changes and their future options," a spokesperson told AdNews.

"For Virgin Mobile employees, our policy is always to talk to those who may be impacted by these changes first. Any potential options for redeployment within the wider Optus business will be discussed with affected individuals at that time."

Just this week, The Federal Court ordered Optus to pay penalties of $1.5 million for making misleading representations to customers about its  transition from Optus’ HFC network to the NBN.

From October 2015 to March 2017, Optus told around 14,000 of its customers that their services would be disconnected, if they did not move to the NBN.

Under the terms of its contract, Optus could not force disconnection within the timeframe it claimed.

Optus also made misleading representations to customers that they had to sign up to Optus’ NBN services, when they could have chosen any internet service provider.

Last week the telco was also forced to halt its current ad campaign as part of an ongoing legal stoush with Telstra.