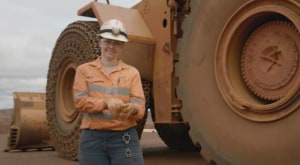 Amazon has overtaken Apple and Google as the most valuable global brand, according to the 2018 Brand Finance ranking.

Telstra maintained its spot as the most valuable Australian brand, but fell to 120 on the global list despite increasing its brand value 14% to A$12.4 billion.

The report says the telco's lift in brand value contrasts an overall decline in Telstra’s market value of 21%. This "highlights the ever increasing role of the brand in the organisation’s business strategy”, adding the telco was benefiting from customer-focused investments.

Ten Aussie brands appear on the global list: four banks, two telcos, two retailers and two mining enterprises. Of those, Optus and BHP showed the biggest boost in brand value (see the chart of the Australian top 10 below).

Woolies, Coles and Rio Tinto moved up the Aussie ranking list, NAB slid and the others retained their spots.

BHP moved up from 423 to 345 after a 29% increase in brand value to A$5.1 billion, with a recent rebrand and business restructure helping to drive progress.

The other telco on the global list, Optus, was ranked 457 after a 19% increase in brand value to A$3.9 billion.

Twenty brands in the Australian top 100 moved up the ranking over the past 12 months, and twenty dropped down the list. Winners include Woolies, Coles, Rio Tinto and QBE, St George Bank, Bunnings and Origin Energy.

Brands that slipped include IGA, Australia Post and Flight Centre.

The global top 10 is dominated by tech firms. Google was knocked off the top spot to third, with a brand valuation of $120.9 billion, a 10% rise over the year. Apple retained second spot, delivering a 37% rise in brand value to $146.3 billion.

Samsung and Facebook both moved up the list, increasing their brand valuations by 39% and 45% respectively (see the chart below).

All brands in the top 10 bar Samsung (Korea Republic) and Chinese bank ICBC are companies from the US.

Source: Brand Finance. A number of the 2016 rankings were adjusted during the course of the year due to brand value restatements.