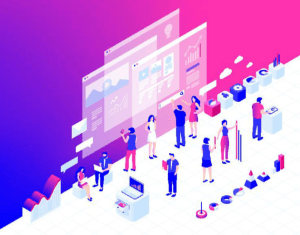 Just 6% of the industry is satisfied with the current digital advertising ecosystem, according to a survey by Industry Index.

The figures come as the Australian Competition and Consumer Commission (ACCC) kicks off two inquiries into online advertising, with one focusing on the adtech industry.

The survey was conducted in partnership with TV advertising solutions company MadHive and AdLedger, a nonprofit research consortium which has members such as Publicis Media, GroupM and OMG.

More than 100 brand marketers, agencies and digital publishers were surveyed, with 6% saying they’re satisfied with the current digital advertising ecosystem. Another 92% believe there is a need for industry-wide standardisation.

“And it’s because we just keep slapping band-aids on a fundamentally broken system, when we need to be developing a new infrastructure that’s driven by innovative technologies.”

The Australian watchdog is calling for feedback from the industry as it begins its inquiry into the sector, which it has described as “opaque”. It’s expected to hand down its interim report by December.

The survey also found that 83% of respondents believe cryptography can be used to create transparencies and efficiencies, most often agreeing that cryptography could improve problems associated with fraud (66%) and the ability to track results (66%).

“Sooner or later, the industry is going to realise that this dysfunctional relationship has got to end, and the only way to fix it is with next-generation technologies,” MadHive CEO Adam Helfgott says.

“And with blockchain and cryptography already weeding out fraud and solving similar issues on OTT, it’s only a matter of time till the industry stands together and overhauls the system.”