ACCC approves both out of home mergers 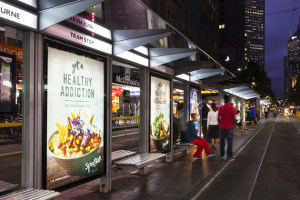 Consumer watchdog the Australia Competition and Consumer Affairs Commission (ACCC) has approved both of the major acquisition deals in the out of home sector.

Both JCDecaux and Ooh!Media were both given the go-ahead to complete their acquisitions of APN Outdoor and Adshel respectively.

"These transactions are between businesses that operate for the most part in complementary segments of out of home advertising," ACCC chairperson Rod Sims said.

"This is very different to the proposed tie-up in early 2017 between Ooh!Media and APN Outdoor, where the companies were in direct competition with each other."

The ACCC found no issue with the $1.2 billion APN and JCDecaux deal, highlighting that APN mainly operated in large format billboards and airports, while the latter earned the majority of its revenue from street furniture, a category APN has no stake in.

APN Outdoor CEO James Warburton welcomed the decision, adding that it meant one of the key conditions of the deal had now been cleared.

"We are very pleased to acknowledge the announcement by the ACCC this morning clearing the JCDecaux transaction," Warburton said.

"We expect the Foreign Investment Review Board and the NZ Overseas Investment Office approval to follow ahead of a shareholder vote in October and implementation before the end of the year."

A spokesperson from JCDecaux said:

“We’re pleased to note the ACCC’s decision today.We believe that by bringing JCDecaux and APN Outdoor together, we’ll be more competitive within the broader media sector and better able to offer brands more compelling opportunities to deliver their message to audiences across the country.

"This is a step in the right direction to grow the out of home media sector in Australia which currently represents only 6% of advertising spend. We look forward to progressing the transaction towards a vote of APN Outdoor shareholders later this year.”

Similarly, the ACCC found that Ooh!Media's strength is in the large format billboard, airport and retail categories, while Adshel's operations are predominantly in the street furniture space, where, like APN, Ooh does not operate in.

“For oOh!media, the acquisition of Adshel will add a missing piece to our diverse Out Of Home portfolio, by adding a national street furniture and transit offering,” Ooh!Media CEO Brendon Cook said.

“Adshel is an excellent business with great people and provides a massive audience reach through what we see as a great street furniture offering, plus its rail network in Sydney and Melbourne delivers the CBD audience, an area we know has real value to advertisers.

Therefore, the watchdog found no reason not to approve the $570m deal between the two companies.

Current Adshel owner, HT&E CEO Ciaran Davis described the ACCC's clearance as a great result for the company's shareholders, the future of Adshel and "the broader out of home industry".

"Today's announcement by the ACCC represents the final hurdle following a comprehensive and competitive process by HT&E that led to a value maximising the outcome for its shareholders, and the proceeds from the sale will put the HT&E business on a strong footing to pursue its future plans," he said.

Unlike JCDecaux and APN's deal, which is subject to further governing body approval due to its international implications, the Ooh and Adshel deal is completely approved and expected to be settled by the end of September 2018.

The ACCC stated that there were concerns from some members of the industry, particularly around the possible "anti-competitive bundling" of out of home categories.

"However, the majority of media agencies and large advertisers did not generally express strong concerns, and the ACCC considers that bundling is unlikely to have a significant impact on competition," Sims said.

"We consider that the options for advertisers and site owners will not change significantly and so neither of the proposed deals is likely to substantially lessen competition."