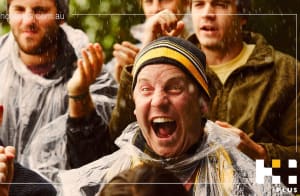 Hostplus is one of Australia's largest superannuation funds with close to one million members.

Hardwire Agency Melbourne has worked with Hostplus in the past, releasing their 2014 work that celebrated the positives in life. They will continue to work with Hostplus on direct marketing and collateral, AdNews understands.

Ogilvy Melbourne managing partner Michael McEwan says: "We are tremendously excited about the opportunity to work with one of Australia’s largest and best performing superannuation funds.

"The Hostplus team have an enormous level of energy and passion for the members and industries Hostplus serves. This is an award-winning fund, delivering excellent returns to its members’ year on year, and we share their passion and ambition for their brand."

In 2015, Hostplus underwent a brand refresh in partnership with FutureBrand Australia that saw a new visual identity and company purpose introduced.

Check out previous Hostplus ads from Hardwire Agency Melbourne below:

Last week Ogilvy Australia CEO David Fox made a passionate plea to the industry to come together to fight off the threats facing agencies rather than attacking each other.

Comparing the industry to popular TV series The Walking Dead, Fox said the rivalry between ad agencies and creative agencies plays out a lot like the fictional show.