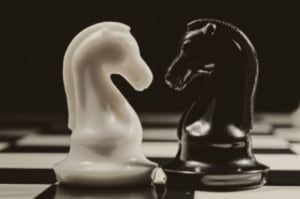 As well as consultants moving into agency turf, the encroachment seems to swing both ways, with more agencies delving into finer strategy work. Headline strategists, though, backed by their global powerhouse parents, say they aren’t fearful about agencies moving in because they don’t always have the right talent to back such forays up.

Full service digital consulting practice Deloitte Digital, which offers up services from digital strategy to creative design to technology implementation, plays in some of the same areas that digital agencies specialise in. Client-wise it created the interactive video framework for the ‘Barossa. Be Consumed’ campaign, designed and implemented some of Haigh’s Chocolates first online sales experiences and helped design and implement Telstra’s 24x7 mobile aps.

For Tourism Australia, it was charged with the primary call to action for its global marketing activities, around its Australia.com site, and other work involved the likes of MTV, ANZ Bank and VicRoads. Frank Farrall, lead partner at Deloitte Digital Asia-Pacific, agrees there is definitely an overlap with other agencies in terms of user experience design and website and mobile application development. On the topic of agencies therefore opting to move into more strategic areas – taking a leaf from their rivals’ book – Farrall said he has seen an increase in agencies trying to develop strategy capabilities.

“There is strong demand for these services, and both consultancies and agencies are active in that market,” Farrall said.

“However, the feedback I’ve heard from my contacts in the sector is that this is very difficult for them, as individuals with deep strategy backgrounds, such as MBAs, still aspire to join firms with a strong reputation in corporate strategy and advisory services.”

“Clients are seeing digital as a strategic imperative now, so they are looking to acquire that capability in the context of larger, more complex programs of work that are the bread and butter of consulting firms,” he said.

Michael Buckley, managing director of Accenture Interactive ANZ, has an agency background, and said Accenture’s recent push into the design and digital agency space was in response to clients needing to rethink the customer experience.

Accenture Interactive ANZ, which is part of Accenture Digital and typically focuses on the C-suite, comprises service design agency Fjord, which it launched last July, and Melbourne-based digital agency Reactive, which it bought this year. It does not play in the media buying or ad creation space.

“The Reactive acquisition was the final part in Accenture’s ability to provide clients with the full end-to-end capabilities,” Buckley said. “We are responding to a demand from the market for a design and customer lead approach delivered at scale.”

Buckley, who previously worked at Amnesia Razorfish, said both moves complement Accenture Interactive’s digital marketing, marketing analytics and media management capabilities and that while some in the industry viewed its purchase of Reactive as an aggressive push into the traditional agency landscape, this is not the case and that it’s the clients that are demanding digital marketing as a service.

He added that the type of work its designers and developers are working on is “far more transformational” than a typical marketing/creative campaign, given its end-to-end capabilities. When it comes to the agency world, digital agencies have been in the direct line of fire from consultancies for some time, and the glut of digital agencies in Australia means that it’s a scrum for every digital brief in the market.

Despite the consultants seeming content and unthreatened in their market positions, Konrad Spilva, CEO of digital agency Isobar, said that while traditional consultants are “a safe bet”, agencies have more of an ability to pivot to fit a client’s needs.

Merran Morton, managing director for digital agency Holler, told AdNews digital agencies needed to “grow up” and not only deliver on what they were hired for, but also find opportunities to have greater business conversations. Digital agencies and bosses have a responsibility to evolve their business, so they start taking the fight to consultants, she said.

“You have to fight for that conversation. Digital agencies have to elevate the conversations, and by elevate I mean elevating strategic capability – it’s not just strategic marketing and communications – and you need to have that deeper understanding of business problems.”

“The media industry, at over $10 billion in this market, is an interesting space and it’s becoming increasingly run by clever technology, clever skill-sets and programmatic. So that’s probably an area they [management consultants] feel more comfortable in,” Jeffares said. He added that if consultants see a chance to use their skill-sets to get involved in an opportunity, that’s exactly what they’ll do.

“They’re probably substantially better at making decisions around investments than they are around messaging to a marketplace. That’s a more natural fit, like investing in digital agencies is a natural extension to what they were already doing. Often it’s the closest and most adjacent verticals that are a good starting point.”