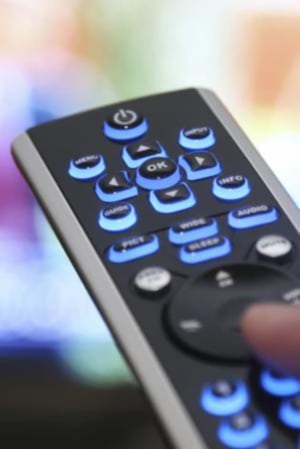 Good news for media owners and agencies and the $200 billion global TV advertising market. Hybrid measurement is coming. The bad news is that it may take some time.

Deloitte has released its Technology, Media & Telecommunications Predictions global report for 2014 and it states that more accurate measurement of domestic TV program viewing across devices will have a knock-on effect for advertising and subscription revenue.

Deloitte Australia national media partner Clare Harding said: "Hybrid measurement enables viewing on PCs, tablets and smartphones to be counted, and so picks up TV consumption, particularly among younger age groups, who are more likely to watch TV on these devices. These viewers have almost certainly been under-counted to date."

While the majority of TV viewing remains concentrated on a small number of programs on a few channels during prime time, "there is growing viewing of programming with a small but significant audience share". For these programs, such as premium and specialist sports, high-end drama and regional programming, a 10% increase in viewers "may not be accurately measured" by traditional methods.

However, while Deloitte predicts hybrid measurement to make strides this year, it will "likely be a work in progress … with significant iteration required to get the best out of the additional data sources”. Deloitte says while in the long run the new approach should be more accurate, “in the near-term it may introduce some distortions”.

Some stumbling blocks include the inability for server logs of streamed content to tell how many people watched each program, and similarly in the case of set-top box data, the inability to tell who in the house is watching each program – or even whether the TV is turned on.

While the UK and Germany are making strides, locally, hybrid measurement has been flagged as a priority. Nine sales boss Peter Wiltshire said at the network's upfronts in November: "Trying to measure the activity, cross-platform, of a consumer viewing broadcast TV and what they are doing with their second-screen device while they are viewing is a really big issue for the industry."

Wiltshire predicted the measurement industry would have "some sort of [hybrid measurement] product in the market by 2015". In the meantime, the company is investing dollars in its own cross-platform measurement system.

Media buyers have also flagged the issue. At present, nothing can be overlapped between digital video and traditional TV, so data on true extension and frequency is patchy.

Other key predictions in Deloitte's TMT report include a boom in wearable technology with 10 million units likely to sell in 2014; smartphones to near saturation among all except over-55s, which will increase by 25%; and the "doubling up" of pay TV, with a projected 50 million homes around the world to have two or more separate pay TV subscriptions by the end of the year, countering expectations of "cord-cutting".