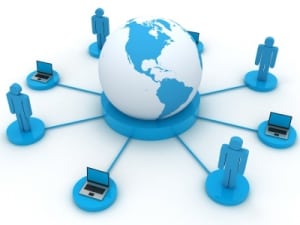 Marketers are continuing to cut agency rosters as the creation of digital product becomes increasingly more commoditised, warns SoDA - The Digital Society which has issued its mammoth state of digital agencies report for 2014.

One of the key trends earmarked by the report is the extent to which marketers are taking all digital work in-house or cutting agency rosters. More than double the companies interviewed revealed that this is the case, with some 27% citing that they no longer work with digital agencies. Just 12% of brands had four or more digital agencies this year, down from 21% in 2014.

Central to the threat facing digital agencies in 2015, says SoDA, is ‘in-housing’ combined with the rise in the use of programmatic platforms and the rapid commoditisation of digital work such as website development, app development and digital campaign production.

The warnings follow recent debates in Australia around the threat to digital agencies on home soil. "Digital agencies have only two years left on the clock," SapientNitro Australia MD Marcos Kurowksi told AdNews in February.

His remarks were strongly contested by a raft of players less than a month later, but Kurowkski's words reverberate through this latest report. Indeed, SoDA's Digital Outlook Study saw some 88% of responses come from key decision makers and influencers (C-Level, senior executives, VPs and directors) with annual marketing budgets ranging from US$5M to US$100M.

One in seven client respondents indicated they were decreasing their marketing spends with digital agencies this year, while the percentage of clients taking full responsibility for digital efforts at their companies grew significantly in this year’s study.

The report suggests that two strategic approaches are emerging – one toward higher levels of specialization and another toward agency consolidation.

Content marketing, SEO, PR, social media are consolidating, it says. “No longer is there a need for numerous boutique agencies, as such disciplines are all inter-dependent upon each other with today’s techniques,” it warns.

However, on the plus side, it reveals that marketers are clamouring to work with agencies in areas such as user experience, data and the use of technology platforms for built environments, among others.

“We’ll continue to track this trend in subsequent studies, but we fully expect the two approaches to co-exist in the short-to-medium term,” says SoDA.

Globally, 46.9% of respondents indicated they were either reallocating more budget into digital from their existing marketing spend or increasing digital budgets while also increasing their overall marketing spend.