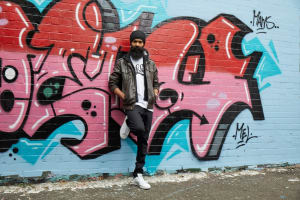 Holden and SBS have come together to drive change around diversity with ads starring Australians with disabilities and from different cultural backgrounds.

Each of the six ambassadors has been selected based on the inspiring work they’re doing to advance the issues that matter most to modern Australians, including diversity, social responsibility, equality and innovation.

In one ad, Purton says: "I am a mother, a mentor, a blood cancer research. I don't have an accent, I do however have a hearing impairment impairment that shapes the way I speak."

Notably absent from the ads are any Holden cars, which is a new approach for the automotive brand.

Holden’s executive director of marketing Mark Harland says the brand is proud to be a part of telling these important Australian stories.

“The ‘Drivers of Change’ campaign is about seeking out those legends in our community who are driving meaningful change on topical issues that Australians are discussing. SBS and the Drivers of Change ambassadors are passionate about creating a better future for all Australians – we’re proud to be part of that and can’t wait to tell those stories,” Harland says.

Holden and SBS worked closely with Carat to bring the campaign to life.

Natalie Kean, head of Carat’s partnerships and integration department, Connect, describes the campaign as a great example of a brand understanding society’s role as a major stakeholder in the business.

“This campaign is a marked departure from most automotive brand campaigns, most notably for the fact there isn’t a single car visible anywhere; Holden was truly committed to focusing on the storytelling aspect. When connected with the right partner, in SBS, the result has been really powerful from a content perspective.”

The TV ads currently being broadcast across the SBS network. The diversity focus of the work aligns with SBS' strong stance on improving the representation of minorities across the media landscape.

To inspire others seeking to make a difference, Holden is running a competition in conjunction with the campaign, asking all Australians to share how they would drive change, for the chance to win a $50,000 grant to bring their initiative to life.