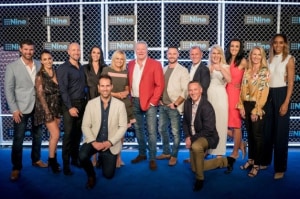 Nine has revealed a new digital destination The Block 365, which will feature short-form videos to expand on the success of the long-running series The Block.

It was announced at the Nine Perth Upfront with the first show being confirmed as Quick Room Flips with Ronnie & Georgia.

“For advertisers we know The Block is a property that delivers, year in, year out, and The Block 365 is an extension of that 365 days a year,” Young said.

“It is another way that brands can connect with a passionate and highly engaged audience in the home renovation space.”

The Block has been a major success for the network with it continuing to dominate TV ratings after 14 seasons. In October, the season finale attracted more than two million viewers taking out the top spot for prime-time.

Nine Perth managing director and sales director Clive Bingwa said the network is continuing to invest in local content which is reflected in the growth of its audience.

“2018 has been another big year for Nine Perth,” Bingwa said.

“We are also investing more broadly and demonstrating our commitment to the city, for example by securing both Perth's Australia Day Skyworks and the Hopman Cup.”