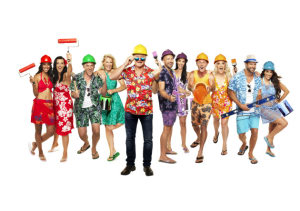 The Block finale attracted just over two million viewers overnight, as the reality home improvement show led Nine to not only dominate the primetime slot but also the overnight main channel share.

Despite a decline in ratings compared to the 2017 finale, which drew in 2.46 million metro viewers, The Block has once again proven to be a ratings success story for Nine.

This year, the program continued to perform in the metro ratings race, often generating over a million overnight metro viewers and beating Seven and Ten to take the top spot on multiple occasions. The show also had its best launch episode since 2014.

Last night's finale scorched the rival networks, with the closest competition being Seven's All Together Now, which came second with 510,000 metro viewers.

Nine's domination of the primetime and evening slots led it to a massive victory in the overnight main channel share battle, with a 33.4% share.

Seven came in second with 15%, while Ten fell below double digits, managing an 8.1% main channel share.

With The Block finished, the networks will now begin the run into the Christmas and New Year period, as Nine and Seven both gear up for the Australian Open and 'Summer of Cricket' respectively.

Both networks will have different sporting strategies this summer, after new deals were struck with each code earlier this year, while Ten revealed it will be making a bigger push for original content, following the loss of the Big Bash League, in what it calls its "quarter five".