Nine’s The Block and Ten’s The Bachelor suspend filming 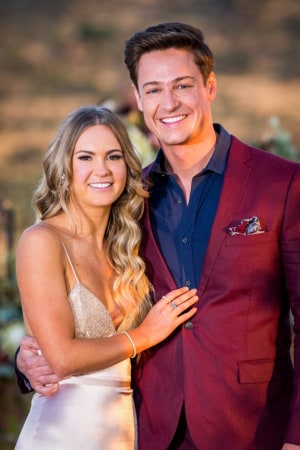 Nine and Ten have suspended filming for two key shows due to concerns around the coronavirus pandemic.

Just hours after Nine confirmed it was pausing production on its home renovation show The Block due to travel restrictions, Ten announced it was halting production for its dating show The Bachelor Australia, saying it was no longer practical.

“The health and safety of our participants and crew members is our number one priority,” a Ten spokesperson says.

“These are extremely difficult times for all Australians and for our industry, and the full extent of those difficulties will not be known for some time to come.

“Our decision to halt production was made after considering all available options. We will resume production when it is safe to do so.”

The Bachelor has been a strong performer for Ten, last year attracting 1.17 million metro viewers for its season finale.

Nine’s The Block has also been a success. Last year’s finale, which was split into two segments, attracted an audience of just under two million, including the Winner Announced segment which had 1.92 million metro viewers.

Filming for the current season, which is scheduled to air later this year, will resume once the shutdown period ends.

“The current production of The Block brought five teams from across Australia to Melbourne to compete in its 16th season. Due to increasing travel bans, border shutdowns and additional measures, The Block has made the decision to suspend filming and send contestants home, while it is still possible to do so,” a Nine spokesperson says.

“Separately from contestants, The Block employs many tradespeople and freelancers, who rely on income earned from The Block for a living. The Block remains an active construction site with tradespeople, who live locally, completing building works that provide the framework of some homes.

“The Block looks forward to returning contestants back to Melbourne and resuming production when practicable to do so.”

A string of shows have been impacted by the coronavirus, including Seven’s Holey Moley, SAS: Who Dares Wins and Back to the Rafters, as well as Ten’s Australian Survivor.