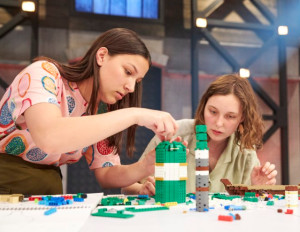 Last night’s season launch of Lego Masters attracted an audience of more than one million, as Ten’s MasterChef continued to hold more than a million viewers.

The second season of Nine’s hit show had an audience of 1.239 million metro viewers, and an additional 435,000 regional viewers.

This is just down on last year’s debut audience of 1.372 million metro viewers.

Despite the 10% decline in audience figures, the launch gave Nine the highest debut audience for a reality show this year, topping MasterChef’s 1.23 million metro viewers for its launch episode.

The show, hosted by Hamish Blake, was also the top program across all key demographics.

Lego Masters was overtaken in ratings last night by Seven News, which had a metro audience of 1.253 million.