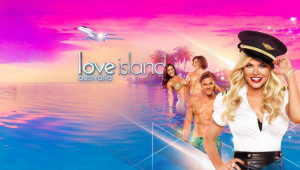 Nine will launch Love Island on its prime channel for season two in 2019 after a successful debut season on its streaming platform and sub-channel 9Go.

During last year's upfronts season, where networks attempt to woo advertisers and media agencies, Nine revealed it had secured Love Island Australia and the season made its debut in May this year.

At its 9Upfront extravaganza today, the network outlined its plans for the future of the hit series among other advertising and content announcements. It also confirmed Sophie Monk will return as the host of the 2019 series.

Love Island Australia trialled a completely different format for Nine from the traditional reality show structure with the show airing off the main channel, relying heavily on broadcast video on demand (BVOD) and catch-up viewing and being filmed overseas.

It was a risk for Nine but ultimately paid off with a cross-platform national audience average of 510,000, 20 episodes with more than 200,000 online views, and in some cases, episodes recording more than 60% of their combined overnight/BVOD audience via digital.

"The reason we did [Love Island] was to test if we could bring 16-39 year olds to traditional TV content all be it distributed on a platform of their choosing. We saw that we could. They did want our content but potentially on different terms," she said.

Love Island garnered 50% of audience viewing from 9Now and Young believes Nine can "double down" on the show and it has "a lot of audience growth in it".

Streaming and catch-up will still play an important role for Love Island and to support the boost it brought to 9Now, the network has announced it is investing $2 million into the platform.

"Believe that audience behaviour will continue on 9Now but it will open it up to that even greater main channel Nine audience," Young said.

Nine previously told AdNews it was revising its network blueprint to emulate the cross-platform success of Love Island for other programs targeted at the 16-39 age demographic.

Nine also experimented with YouTube, posting short-form videos on the platform which, over the course of the series, built a subscriber base of 180,000 and generated 150m views. Subscribers have since risen to 300,000.

Love Island may be shifting to the prime channel, but won’t be placed in the 7.30pm primetime slot due to its ratings classifications.

It will likely air around 9pm which means the show won’t be forced to cut out its racier scenes, Nine explained.