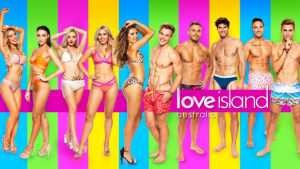 Love Island was announced at Nine Upfronts last year and is a big bet for the network with the show being broadcast of its main channel.

The premiere on the network's multichannel 9GO drew in an initial audience of 155,000 viewers.

The show, which is a spin-off of the popular English ITV series, drew in a further 246,000 viewers for its encore presentation, which aired in the 10pm timeslot on Nine's main channel.

However, time adjusted figures revealed for the encore audience was 160,000 viewers.

Total On Demand Viewing streams for episode one on 9Now reached 13,000.

Advertisers from categories such as fashion and beauty were most heavily featured during premiere, with online fast fashion retailers such as Hello Molly and Pretty Little Thing appearing multiple times during ad breaks. Neutrogena is one of the main sponsors of the show.

According to Impulse Screen, Love Island was mentioned 181 times throughout the evening, across Nine channels only.

According to Meltwater, in the week leading up to the premiere (22-28 May), there was a total of 483 conversations across social media (Twitter, Facebook, Youtube, blogs) talking about Love Island.

In comparison, there were 522 online news stories around the show in the same time period.

Hosted by Sophie Monk and taking place in a villa on the Spanish Island of Majorca, last night's episode saw 10 single Australians 'couple up', as they look to find love and win their share of $50,000.

The original UK series has been an international success and was one of Nine's top performing shows on its video-on-demand (VOD) platform, 9Now.

The UK show has now been removed from the site following last night's premiere of its Australian counterpart.

A breakdown of 'Love Island' sentiment, supplied by Meltwater.

“We have consistency in linear through the year but we saw there was a real dip through summer in 2016-2017. As a result we discussed it and agreed we needed to have a content proposition across that period,” Turner said.

AdNews understands it spent millions on the new rights. As a result, 40-50% of its overall video on demand streaming over the last three months came from its new content stack.

Instead of largely relying on its free-to-air content playing in catch-up VOD, Nine bought 15 new titles – equating to 1000 hours of new content in the drama and reality realm. The move is much like the style of other SVOD players, whereby users have access to the reams of box-sets as and when they want.

Love Island UK was also a success back in England, with its finale, airing on TV2, drawing in an audience of 2.43 million people, the channel's highest ratings in history.

The episode drew a further 150,000 viewers on its catch-up channel, ITV2+1 that same evening.

In further ratings news, MasterChef has taken out the top spot in all key demographics overnight, drawing in an audience of 903,000 beating The Voice and House Rules.