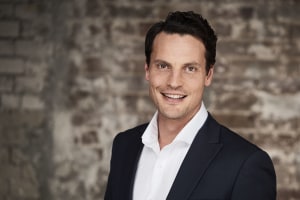 Nine’s program director, Hamish Turner, says he is focused on building on the stellar ratings success of Married at First Sight – across television and digital – through the upcoming launch of strong performers such as The Voice, Talkin’ ’Bout Your Generation, and the new franchises Young Sheldon, Buying Blind and Love Island Australia.

“That delivers us amazing momentum into the second quarter and provides a strong promotional platform to celebrate our upcoming programming.”

Turner cites the success of Young Sheldon, which debuted three weeks ago with a metro audience of more than one million, as an example of the ratings momentum Nine will carry into April, May and June with The Voice.

“We have already seen the first of those results with the fantastic numbers for Young Sheldon,” he said.

“And then you have a big audience driver in the form of The Voice which has typically been drawing over a million nationally each night. This year we have also seen a change in the coaches with Joe Jonas coming on board. He is fantastic and provides a new dynamic to the mix with Boy George, Kelly Rowland and Delta Goodrem all returning.

“Our expectation for The Voice in 2018 is that it will continue to be a consistent performer – there is always great reliability with that format. As a new coach, Joe Jonas will also add a new dynamic, but we know it will be strong across all the key demographics and make for fantastic family viewing.”

Turner is excited about the audience response for both The Voice and also the return of Talkin’ ‘Bout Your Generation.

“Having the likes of Joe really helps us to speak to a millennial audience and that will bring a bit more ‘cool factor’ into the mix this year.

“It is great family entertainment and we are excited to see this show return as it will also engage a broad audience around the TV at 7.30pm.”

Nine’s program director also said he was also experimenting through the launch of Love Island Australia, one of the UK’s most talked about franchises, which has been commissioned as a cross-platform play for TV and digital.

“Love Island is coming to Australia in 2018,” said Turner. “It is what Married at First Sight was to Australian audiences in the first quarter. It is one of the noisiest shows around, and its third season in the UK was one of the most talked about across both television and digital.

“It will roll out in the second quarter, where we are sending some young Aussies to Spain for love in the sun. Love Island is a huge commission for us. It will be playing on 9Go! and also 9Now, where it has been a huge driver in the social space.

“We bring ten singles to an island in Spain and there they have to pair up in order to stay on the island. It’s a different format, something we haven’t seen in Australia before.

“The audience for Love Island will be focused on 16-39s, that’s where all the records were broken in the UK. It’s a young show, a social show, but it’s something different and that inherently is where the appeal is.”

Turner argues that in 2018, Nine has significantly rebuilt its second-quarter content slate in order to deliver greater consistency and a strong performance across all the key demographics in preparation for the back half of the year.

“We have strengthened our second-quarter slate with programs like Talkin’ ‘Bout Your Generation and Buying Blind,” he said. “These, together with The Voice, will see a strong Sunday night performance in Q2 where we will also have State of Origin and The Logies, big-event TV.

“Heading into the third quarter we will then have the powerhouse that is Australian Ninja Warrior, plus The Block and Family Food Fight. That sets us up for a fantastic year, delivering consistency and momentum right to the end of 2018.”