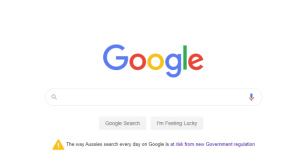 Nine has hit out at Google’s suggestion that the news media bargaining code should allow it to use its News Showcase fund to pay news publishers for content.

Speaking at a Senate hearing on the code, Nine managing director of publishing Chris Janz criticised the idea and pushed for the code to be passed in its current form.

Janz argued that initiatives such as News Showcase, a US$1 billion fund that will pay news publishers around the world over the next three years to create and curate journalism, do not ensure fair payment for publishers.

“Google claims to be open to paying for news by pointing to their Showcase product - a product that was recently announced but is yet to launch,” Janz says.

“Showcase is exactly what you would expect from a monopoly. It works at a price set by Google based on an opaque global formula.

“The take-it-or-leave-it terms are set by Google. And it doesn’t address the bargaining power imbalance of Google's core search product identified by the ACCC.”

Speaking at the hearing earlier today, Google AUNZ boss Mel Silva proposed the tech giant use the fund as a payment model, which would still be subject to a code and a standard commercial arbitration model, instead of paying publishers for links and “snippets”.

Silva warned that forcing the payment of snippets could force Google to pull its search function from Australia.

Google has recently been ramping up its News Showcase fund, with 450 publications signed on to the initiative, but has halted its roll out in Australia due to the news media bargaining code.

Janz also criticised Google for hiding local news for some users last week in an experiment to test the impact news has on its platform.

“The impact of this decision was instant and disturbing,” Janz says.

“Instead of receiving critical updates from the ABC, 9News, The Age, The Sydney Morning Herald or The Australian some people searching for "coronavirus NSW" received just a single news story at the top of their results - a three-week-old update from Al-Jazeera.”

“Searches for "Sydney news" deprioritised crucial, accurate coverage about the public health emergency - instead the most prominent story Google served up was about "exciting things to do".”