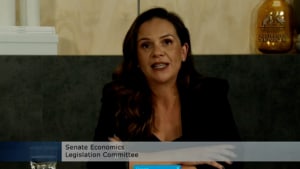 Google has threatened to pull its search function from Australia if the news media bargaining code is passed in its current form.

Speaking at a senate hearing this morning, local managing director Mel Silva again argued that the code, which was revealed last month by the government, is unworkable and would “break” Google Search and its business in Australia.

Silva says the requirement in the code to force Google to pay news publishers for “snippets” in Search is not compatible with how search engines work, and could force it to pull Google Search from the local market.

“If this version of the code were to become law, it would give us no real choice but to stop making Google Search available in Australia,” Silva says.

“Now that would be a bad outcome for us, but also for the Australian people, media diversity, and the small businesses who use our products every day.

"Google is known for answering queries and helping people find what they're looking for on the web and one of the misconceptions at the heart of this debate is that our users only come to Google because they can find news or that news is a disproportionate driver of our popularity.”

It’s the first time the tech giant has threatened to pull its search function in Australia since the news media bargaining code was announced.

The code aims to force Google and Facebook to pay eligible news publishers for their content. The final legislation for the code, which has been under intense scrutiny from both Facebook and Google, was detailed in December last year and is being subject to a Senate committee before it is voted on in parliament.

Silva proposed three amendments to the code, including having the code designate News Showcase, rather than payments for snippets and links, to allow commercial deals between publishers and the tech giant to be reached.

She also again pushed for the final-offer arbitration to be dropped for a standard commercial arbitration model, and for the algorithm notification provision to be adjusted to require “reasonable” notice about significant actionable changes to the algorithm.